On April 7, 2019 in honor of the World Health Day a campaign called «Mass Walking» was organized in Andijan. 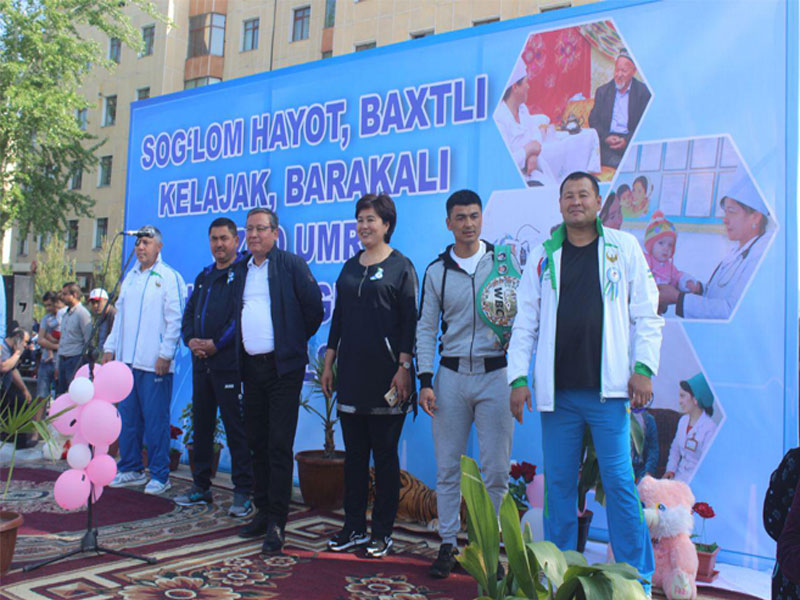 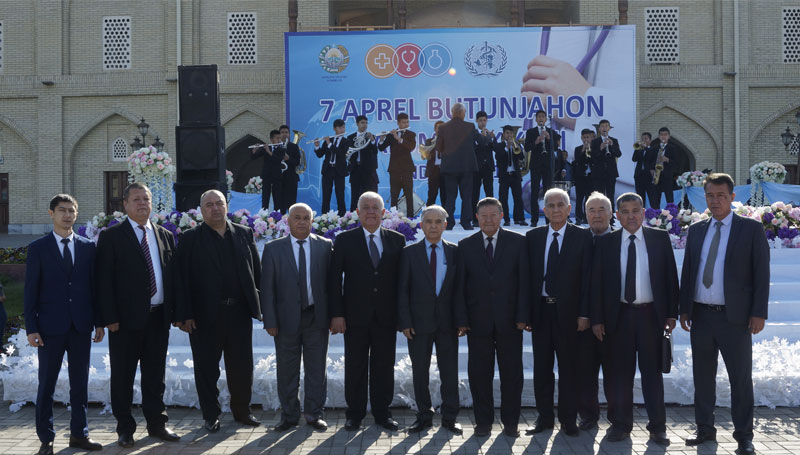 Representatives of regional organizations, including professors and teachers of higher educational institutions, students, members of the Youth Union of Uzbekistan, special sports schools, college students and young people took an active part in the campaign. 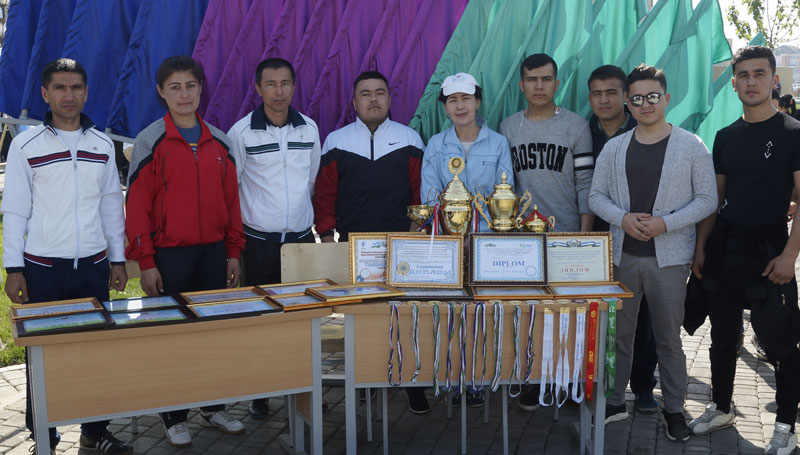 On the same day, streets of Andijan were festively decorated with slogans promoting a healthy lifestyle. The campaign began with the ceremony of taking solemn oath of young people called for military service at Zahiriddin Muhammad Babur square in the city of Andijan. 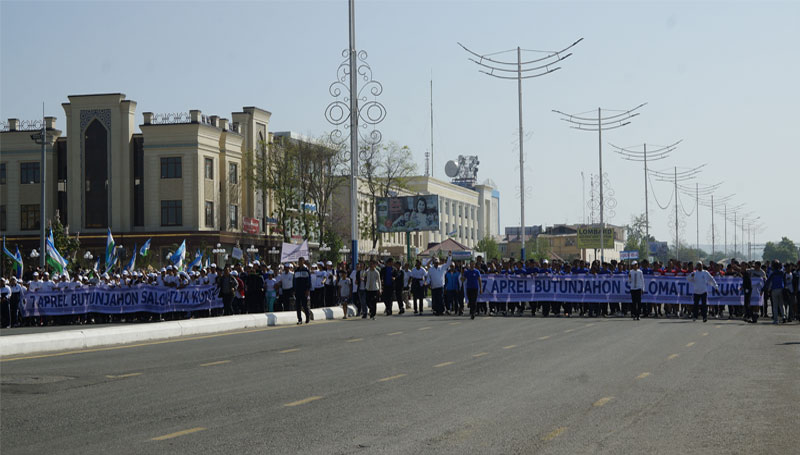 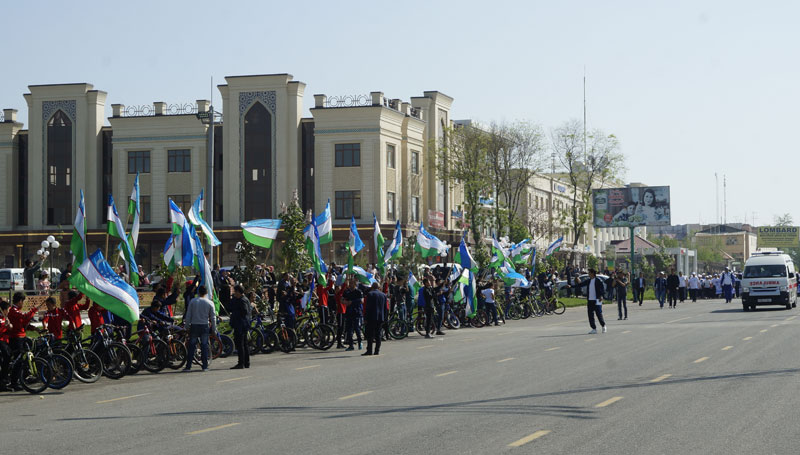 Thousands of our compatriots have joined the » Mass Walking» event, holding high their slogans. 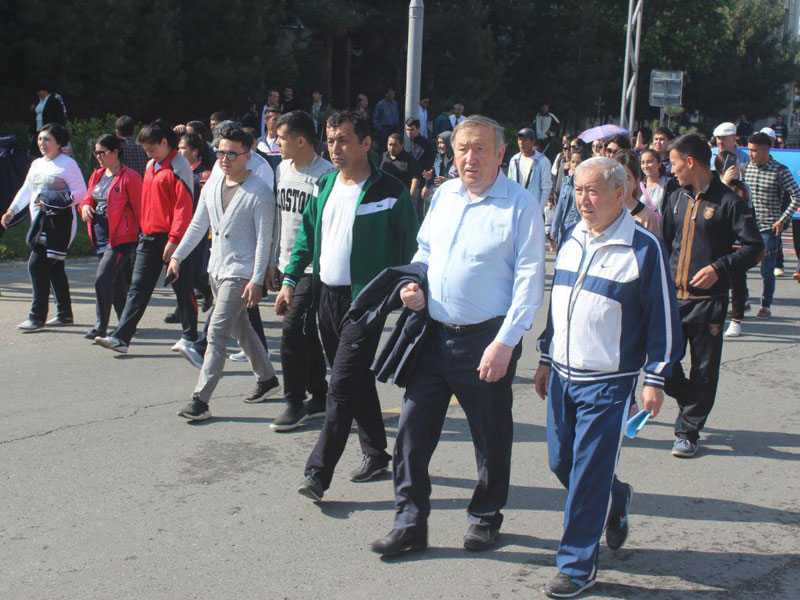 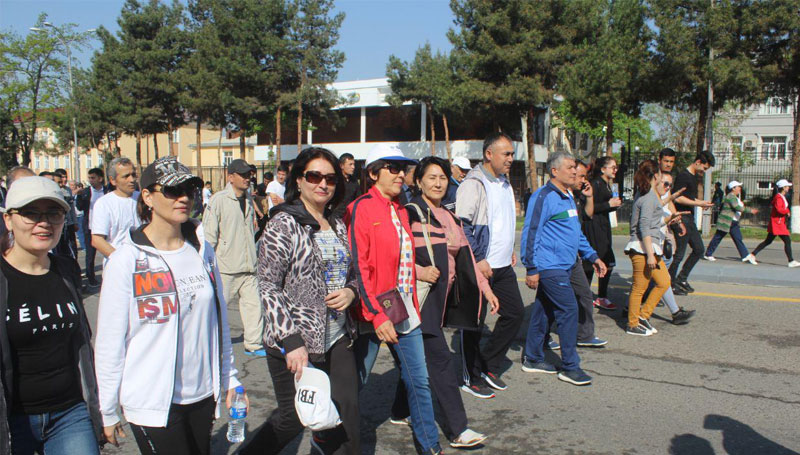 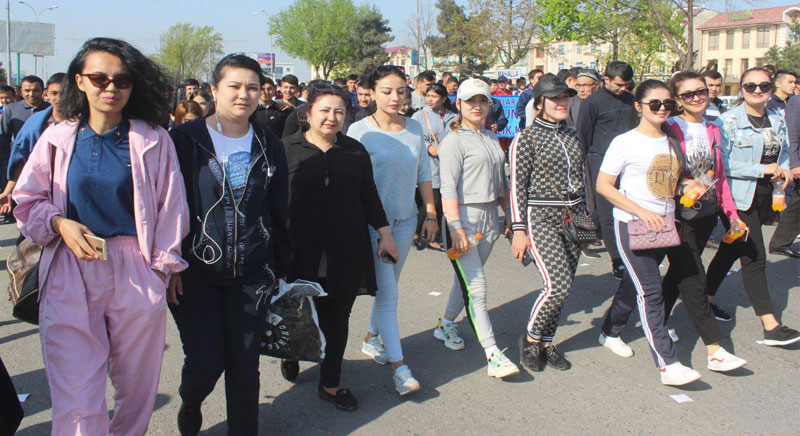 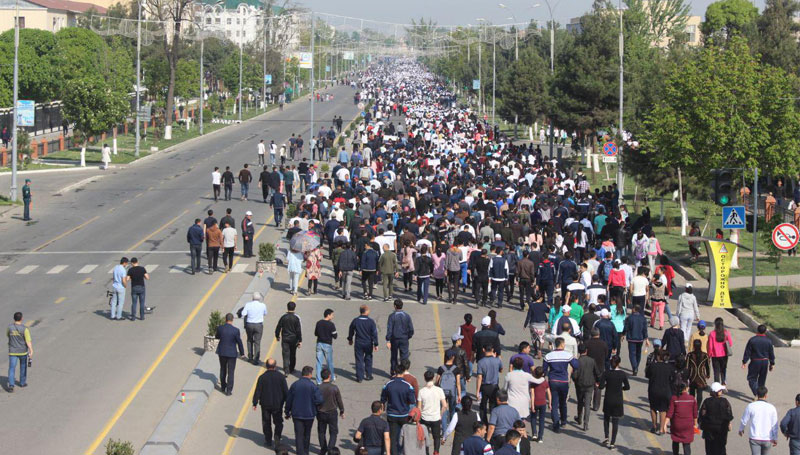 Concert events were organized in 4 sections along the road. Young performers, athletes and coaches demonstrated their performances at the event. 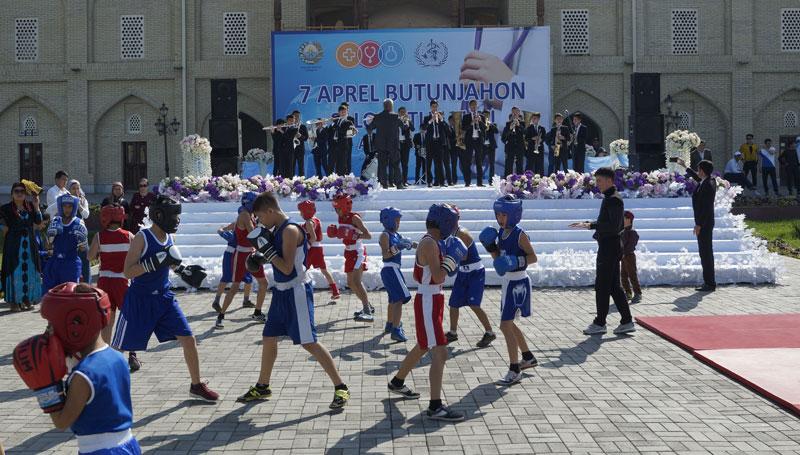 The campaign » Mass Walking» continued with a health campaign organized in Registan Square in Andijan. Here, doctors of medical institutions at the Health Department of Andijan Region, professors and teachers of Andijan state medical institute have organized and carried out indepth medical examinations and services. Registan Square hosts exhibitions promoting healthy lifestyle and healthy eating habits, phytobars were organized, booklets distributed. More than 30 honorable professors and teachers of ASMI participated in medical examinations and provided consultations for patients. More than 20 new innovative projects were demonstrated. Employees of the Information Resource Center of the institute also organized a new exhibition of literature. 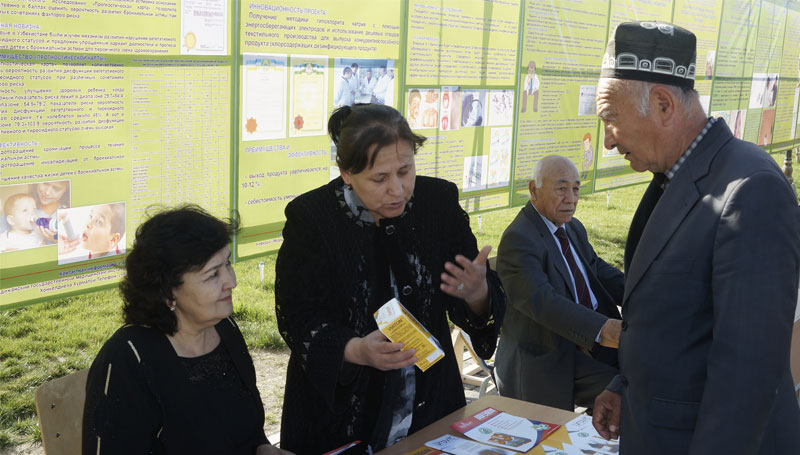 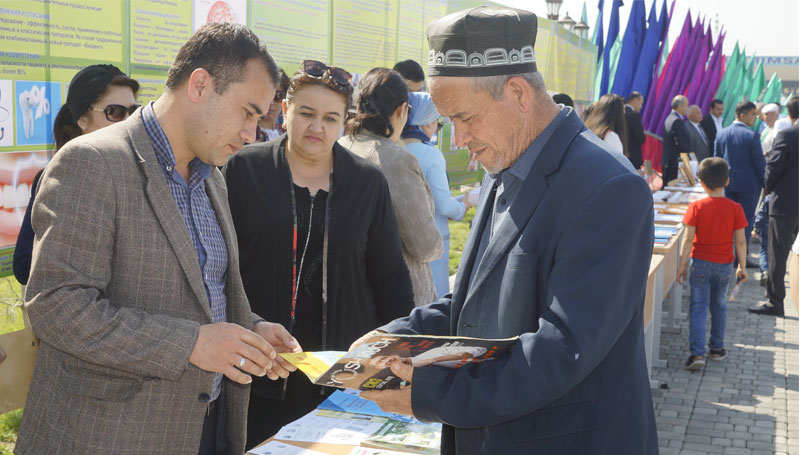 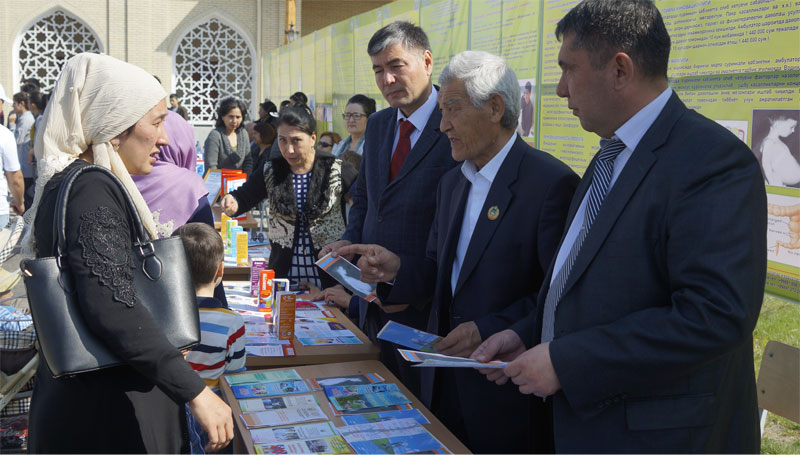 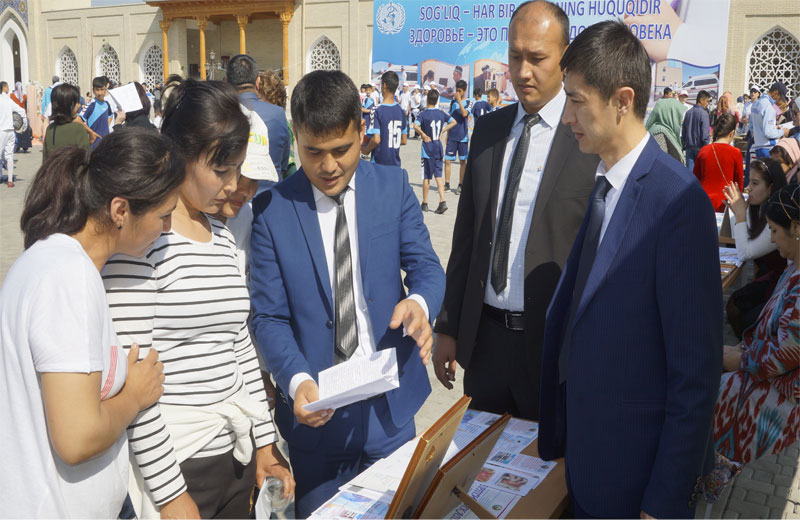 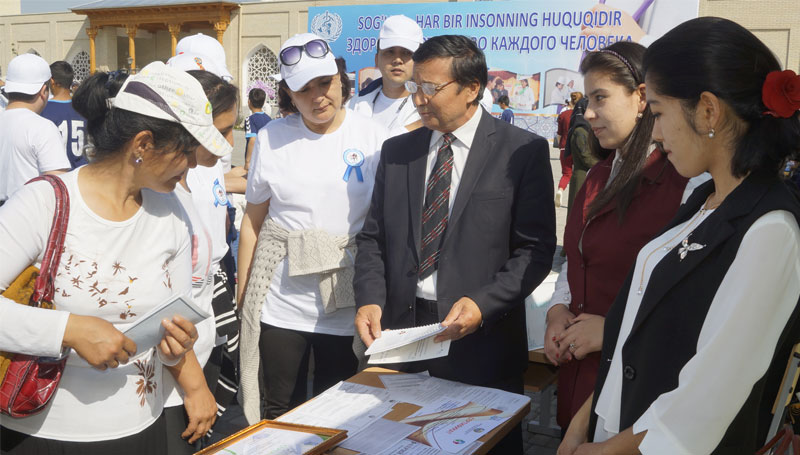 On the same day, 28 professors and teachers of the institute participated in the healthcare events organized in 14 cities and districts of the region and conducted extensive medical examination of the population. During the medical examinations, over 320 patients were examined. 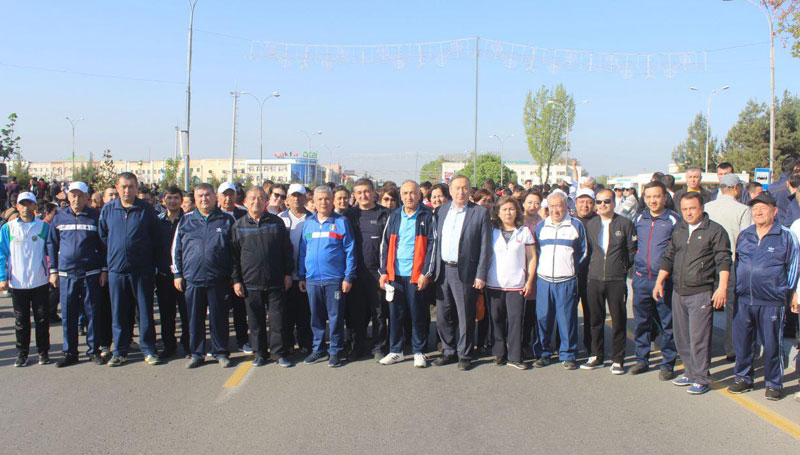