Every morning we meet under the sounds of our anthem, which unwittingly reminds us of the unthinkable power, high intelligence, national pride of our compatriots. 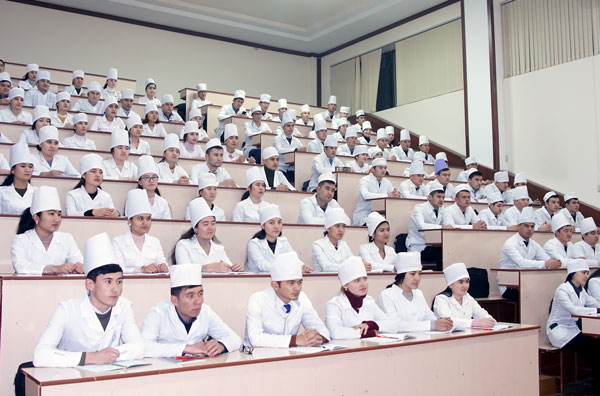 On December 10,1992 the Law on the National Anthem of the Republic of Uzbekistan was adopted. The law says that the anthem is a symbol of a sovereign Republic. Respect for the anthem is the patriotic duty of every citizen. It was especially noted that citizens of Uzbekistan, as well as people of different nationalities living here, should respect the anthem.
In this regard, an event dedicated to the 27th anniversary of the adoption of the national anthem was held on December 9, 2019 at Andijan State Medical Institute with the participation of students and teachers. The event began with performing the anthem. 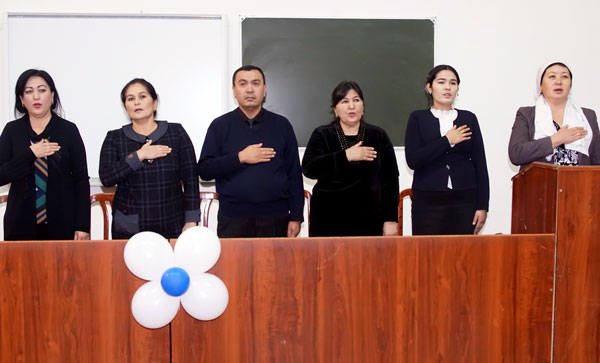 Senior teacher of the Department of Languages, Pedagogy and Psychology M.R.Akhunova spoke about the importance of the anthem, its contents and congratulated the participants on the holiday. 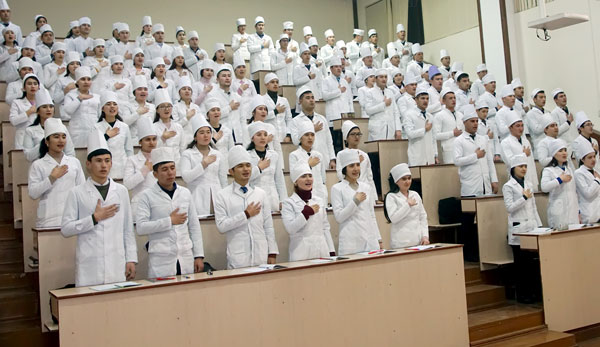