History of the institute 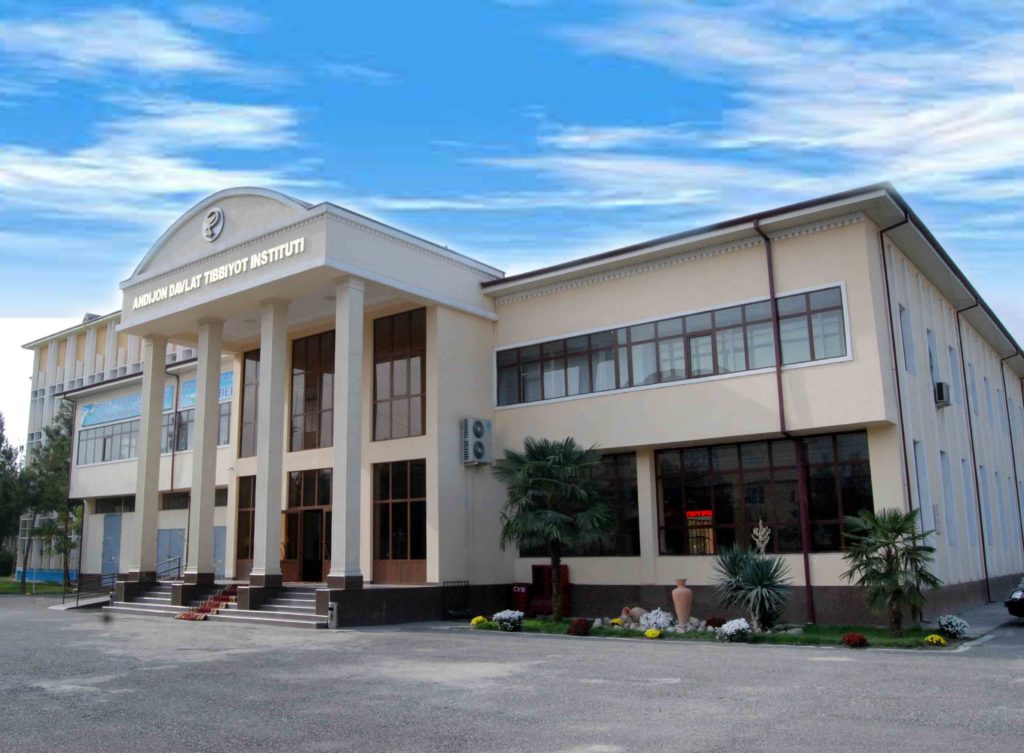 INFORMATION ABOUT THE HISTORY AND ACTIVITIES OF ANDIJAN STATE MEDICAL INSTITUTE

Andijan State Medical Institute was established in 1955. Since it was the only higher educational institution of Fergana Valley in the medical field, a lot of work was done to establish the activities of the institute. Outstanding achievements in the development of  Andijan State Medical Institute of such selfless compatriots as Yusuf Otabekovich Otabekov, Rakhim Muhammedovich Nurmukhammedov, Satkul Usmanovich Dzhumabaev and professional doctors should be noted. 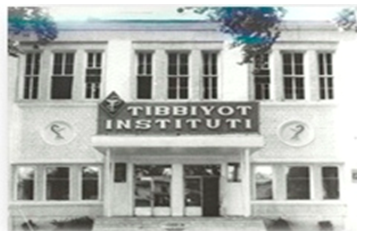 Today’s successes achieved by the institute over many years of development brought it to the world level. Today, the institute prepares students at the Therapeutic, Pediatric, and Dental faculties, Advanced Training and Retraining of Physicians in directions professional education, high qualified nurses, preventive medicine , pharmacy, as well as in 29 specialties of Master’s degrees program . In particular, courses for advanced training of doctors in all areas of the valley were organized at the faculty of advanced training and retraining of physicians. 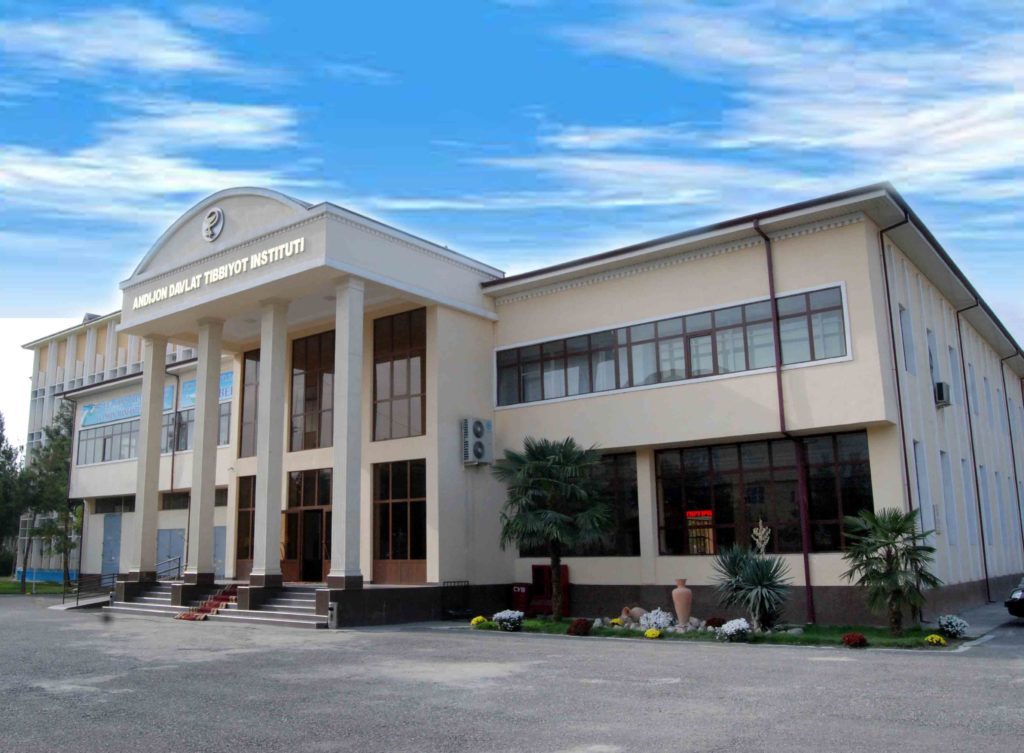 There are 56 departments in the Institute and includes 533  professors, 36 doctors (14 of them are professors) and 130 candidates (104 of them are docents). The scientific potential of the institute is 31.7%.

There are 4 faculties: Therapeutic, Pediatrics, Dentistry and Advanced Training and Retraining of Physicians, 7 bachelor educational directions: Therapeutic,  Pediatrics, Dentistry, Professional Education, High Qualified Nurses, Preventive Medicine and Pharmacy. Educational process helds in 29 specialties of Master`s degree program. According to the Decree of the President of the Republic of Uzbekistan № 2909 dated April 20, 2017, two new specialties were opened in the magistracy from 2019-2020 academic year:

In the new academic year, it is planned to receive 100 foreign citizens from (India, Pakistan, and South Korea) in the direction of  Therapy.

About 20 students were enrolled in the Dentistry direction, organized jointly with the Dagestan State Medical University of the Russian Federation.

8 holders of Master`s Degree Program in Medical Engineering Direction of Andijan Machine Building Institute  have completed the 1st academic year and in 2019-2020 academic  year the 2nd year students  will study in  Tegu University of South Korea .

The National Medical Neurosurgery Center of the Russian Federation named after N.N.Burdenko has established a joint educational and methodological center at the clinic of ASMI.

In the 2019/2020 academic year, the institute includes 3903 students in 7 bachelor educational directions, 391 holder`s of the master degree in 29 specialities of Master degree program, 20 students according to the joint program, 100 students in foreign directions, total – 4414 students expected to study. Currently, the Institute 39 foreign students studies in ASMI. They are citizens of the Russian Federation, the Kirgizistan, Afganistan, South Korea and  Kazakhstan.

According to the  curriculum for the 2019/2020 academic year, there are 7 educational directions available in the Institute (trerapeutic, pediatrics, dentistry,professional education, high qualified nurses, preventive medicine, pharmacy) and the schedule and working curricula are developed and approved by the Central Methodological Board of the Institute.

Professors from 45 departments have developed 521 working training programs, using foreign experience, as well as educational and methodological complexes, which are reviewed and approved by the faculty council, CMC. Electronic versions of the CMD are recorded in CD discs and delivered to the IRC.

In the 2019-2020 academic year, telemedicine operates at the departments of general surgery, surgical diseases, facultative surgery, urology, ophthalmology, otorhinolaryngology, neurosurgery, located in the clinic of  ASMI. Students have the opportunity from study rooms to observe  the progress of the operation and communicate directly with the surgeon. 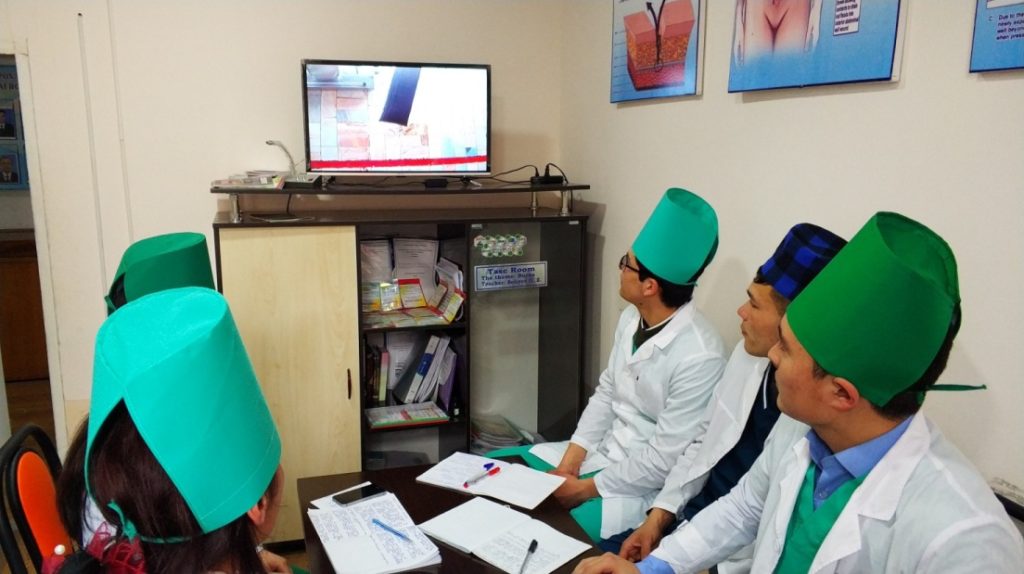 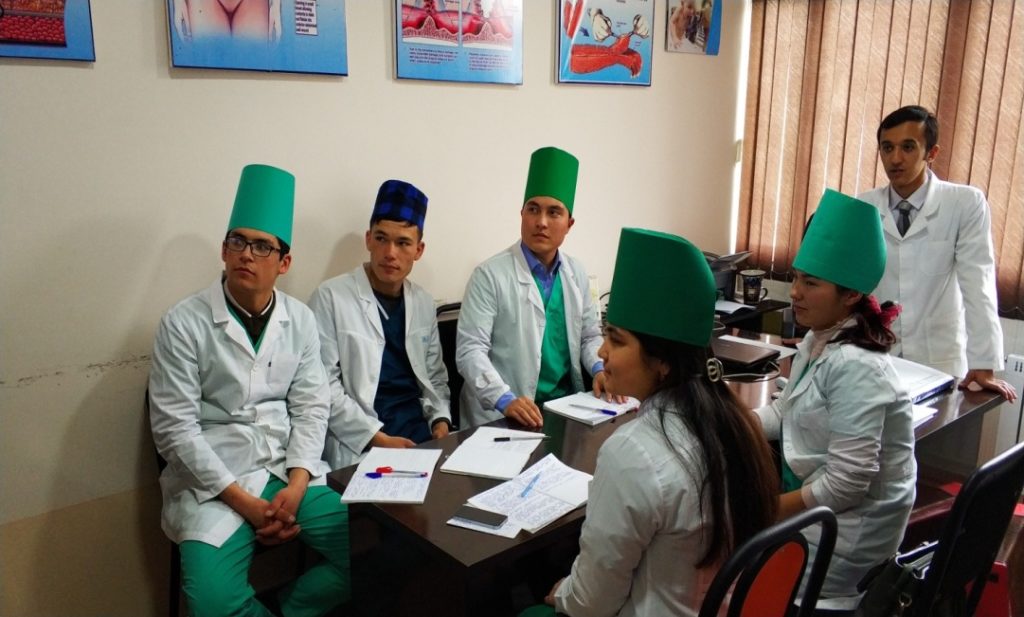 The study rooms of anesthesiology-resuscitation, surgery, otolaryngology, obstetrics and gynecology, pediatrics, neonatology, propaedeutic of internal diseases, ophthalmology, anatomy, dentistry of the simulation training center of the institute are equipped with new robots, phantoms, which contributes to the students’  mastering practical skills in subjects. 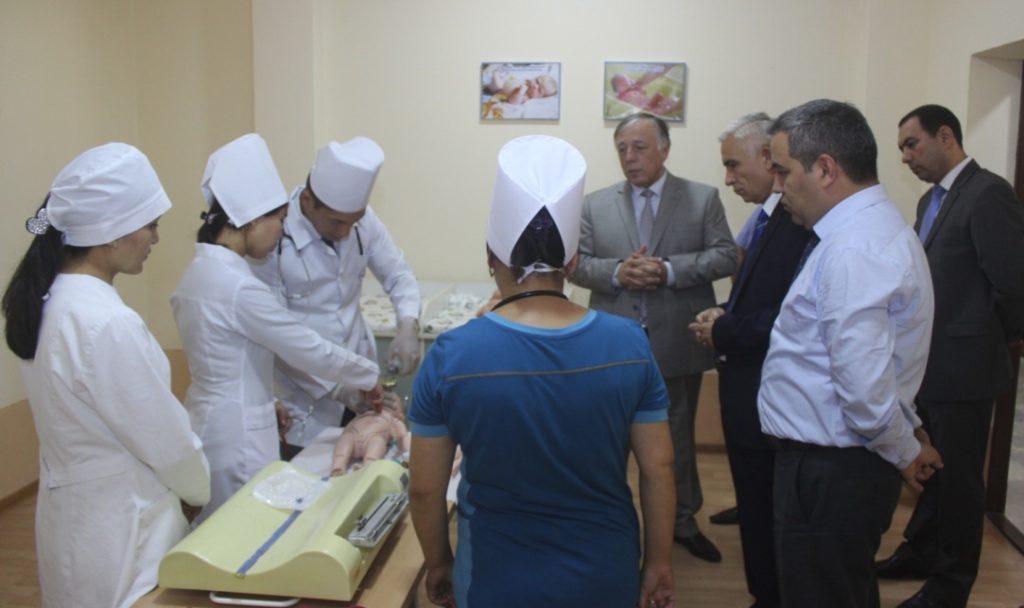 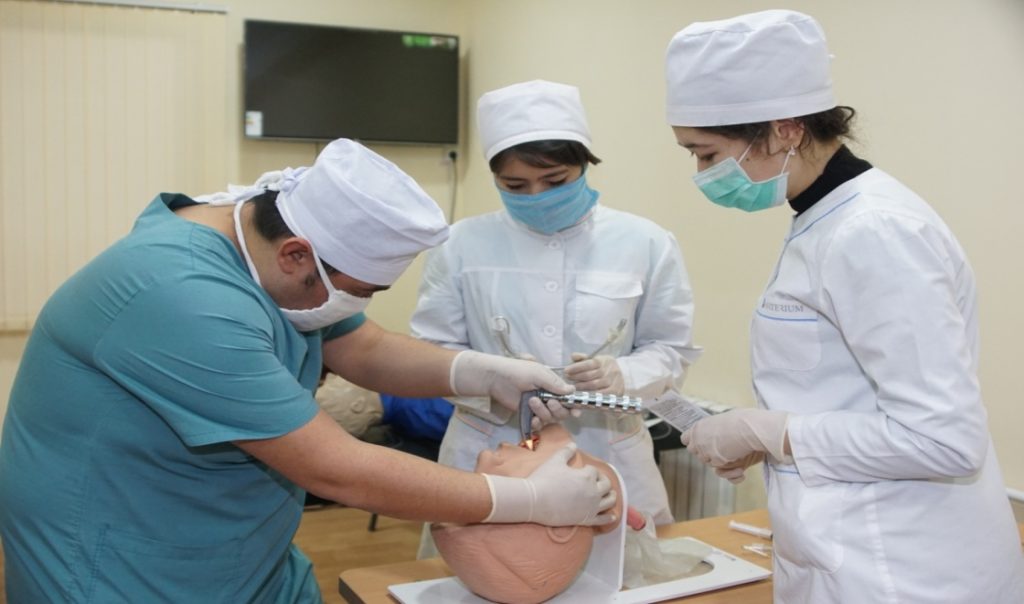 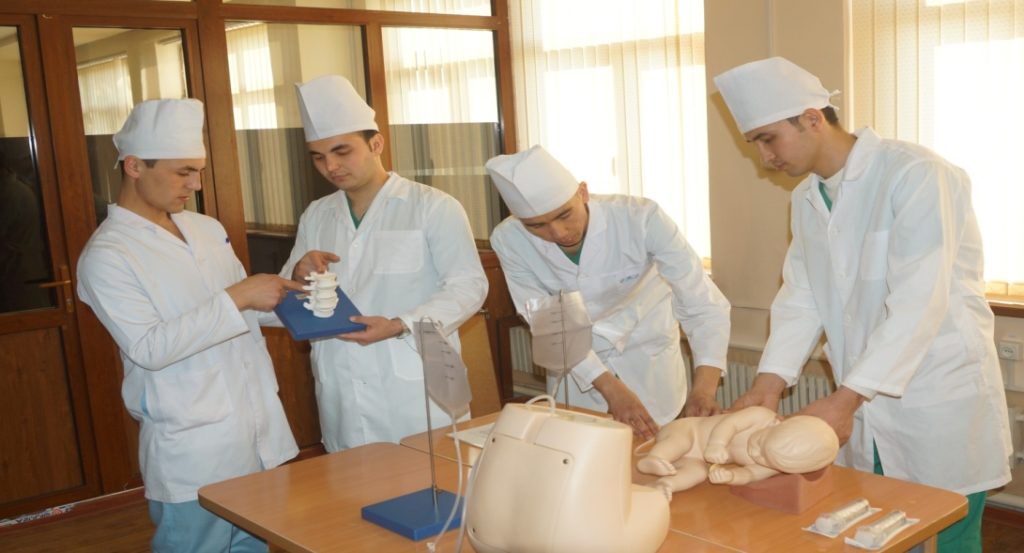 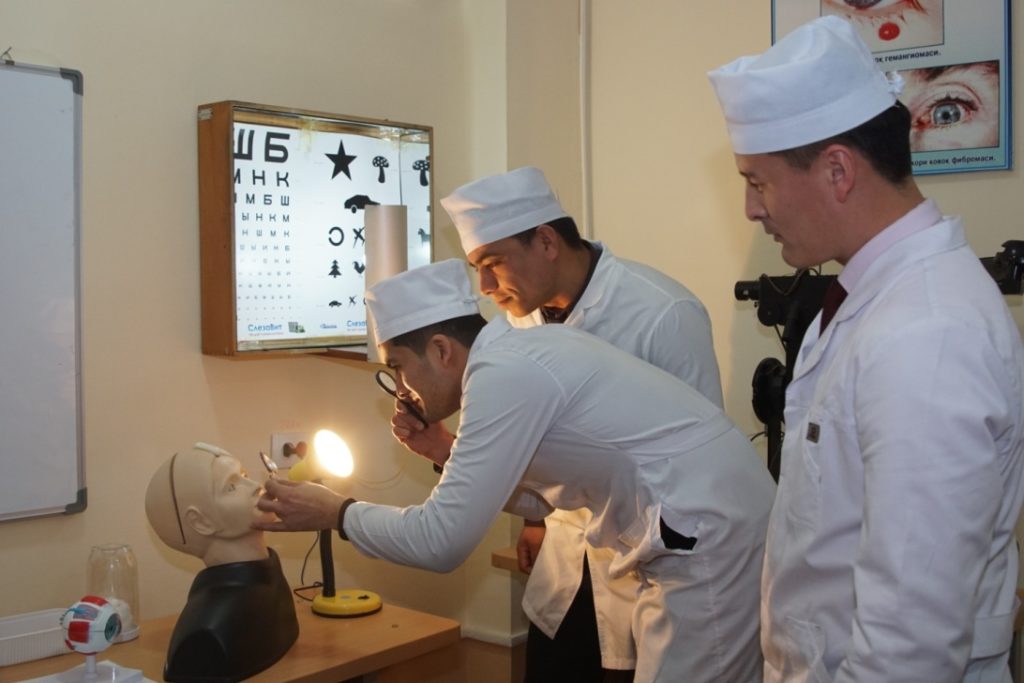 In the framework of agreements on cooperation between the institute, distance learning was conducted at the conference hall together with foreign universities. In 2018-2019 academic year, professors and teachers delivered more than 30 distance lectures, conducted master classes at the prestigious foreign higher educational institutions (Russian National Research Medical University named after Pirogov, National Research Center of Neurosurgery named after N.N.Burdenko, and Scientific Research Center Oncology named after N.N. Blokhin, Dagestan State Medical University, Yonsei University of the Republic of Korea, Koshitsa University of Slovakia and others). 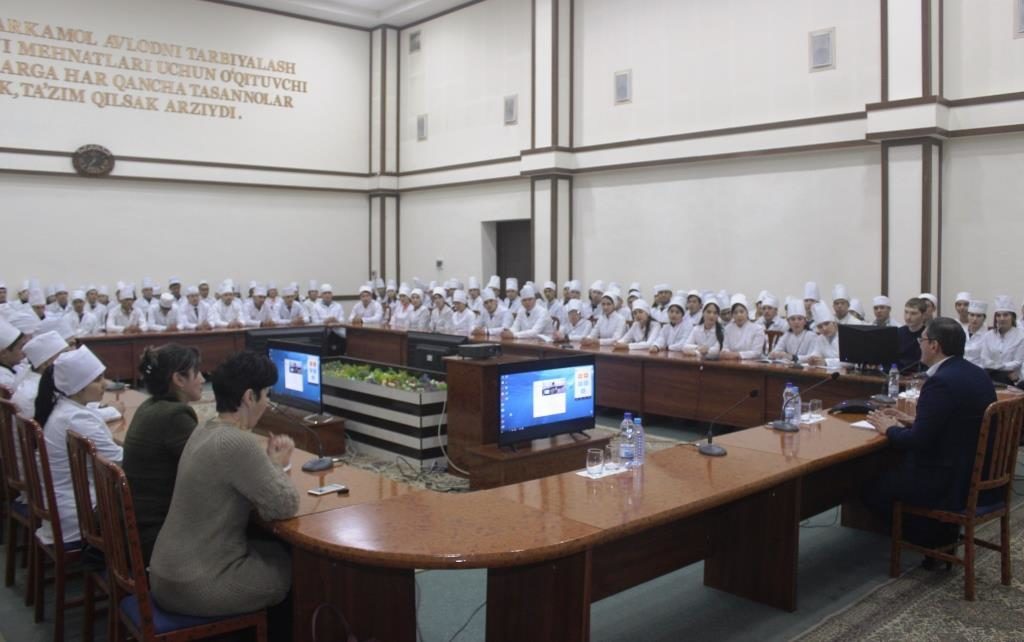 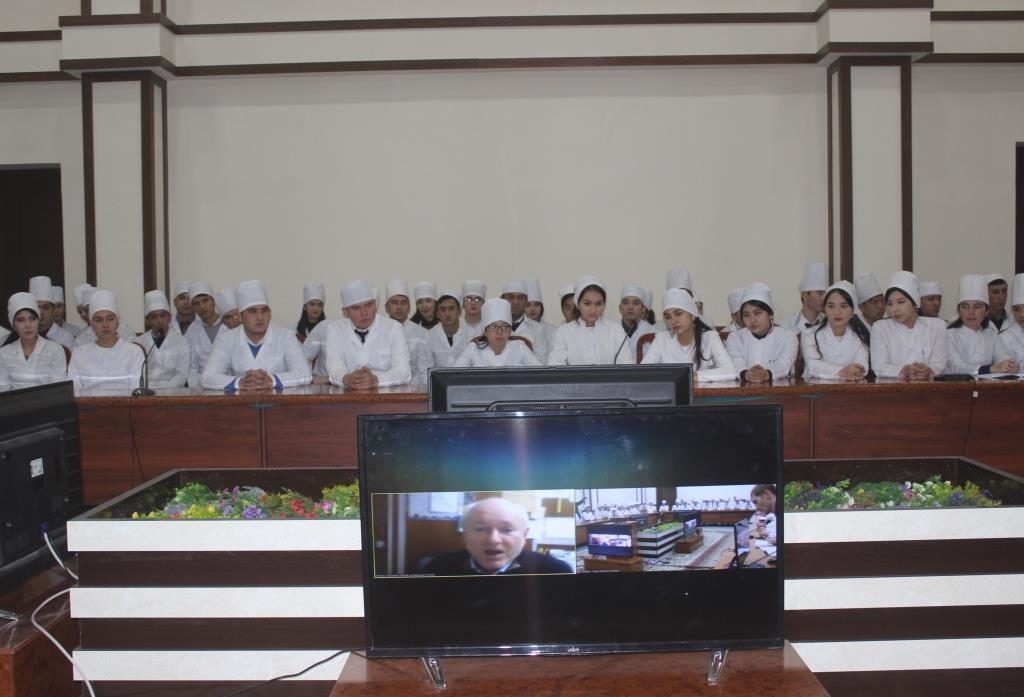 In the center of informative technology “Center -Media” of the Institute, educational and methodological complexes developed by professors and teachers of the departments and recorded in CD, DVD discs are provided.

In the center of informative technologies there are 121 test banks in Uzbek and Russian languages in 7 directions of bachelor degree and 29 specialties of Master’s degree program. 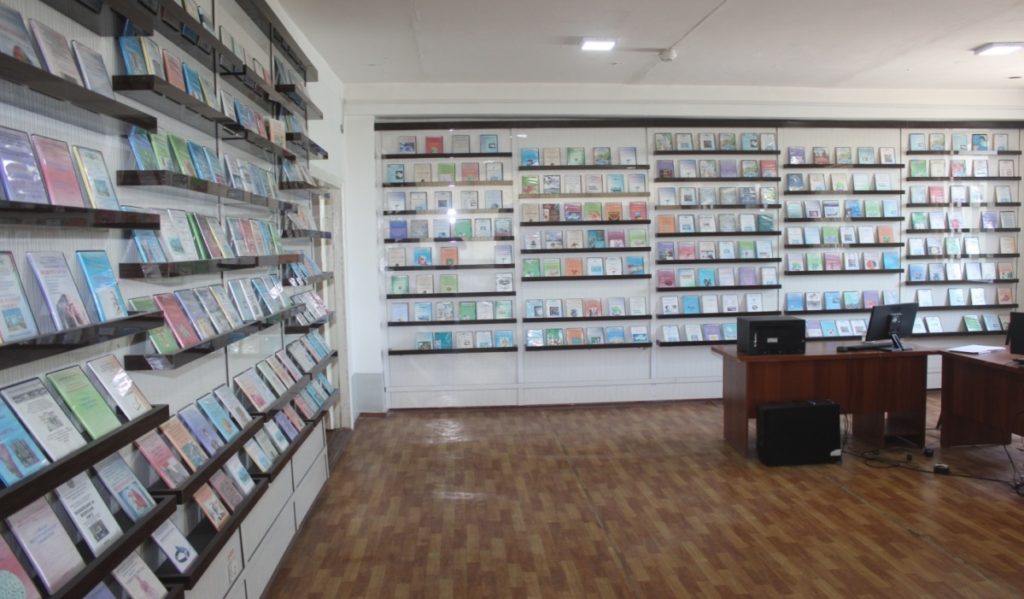 In the 2019/2020 academic year, the departments prepared the following electronic resources;

– in all subjects there are electronic and audio lectures – 536;

– Car courses on the impeccable implementation of practical skills.

The CIR has created all the conditions for professors, teachers, students to study educational, scientific, and fiction. In future plans to establish  mini-printing center.

In addition, links are established through a static address with the WEB OF SCIENCE, SCOPUS , which are considered prestigious information databases.

All professors and teachers are registered in the MOODLE system  at ITC of the Institute.

A memorandum on joint cooperation was signed with GEOTAR – Media publishing house, according to which the educational literature published in 2018-2019 was brought in 121 titles in 142 copies for 46,434,748.80 soums.

56 departments exists at the institute, the total number of teachers working at the main rate is 630 people, of which 38 are doctors of science, 151 are candidates of science. Scientific potential is 30.0%.

For the development of scientific and research activities, the effective organization of corporate innovative cooperation with scientific and medical institutions, as well as the establishment of integration of science and production, an innovation center and 4 innovation groups were organized by order of the rector. 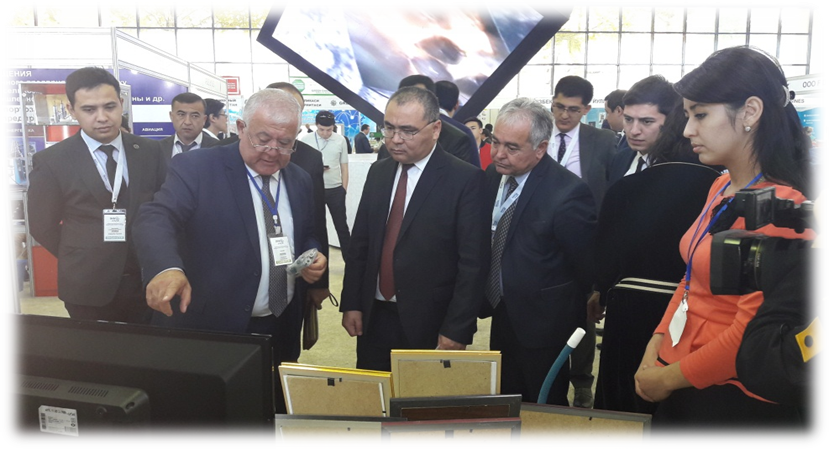 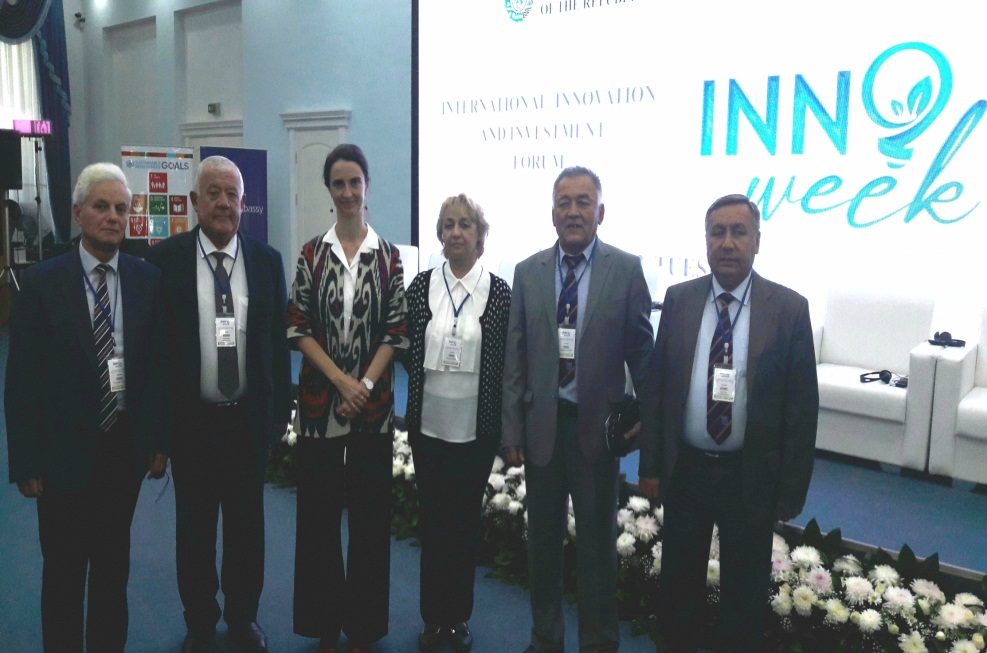 In the scientific-research laboratory of the institute, as part of the State scientific and technical program, research work is being carried out. For these experimental purposes, the Institute has a vivarium.

The scientists of the institute conduct research activities in the following areas: 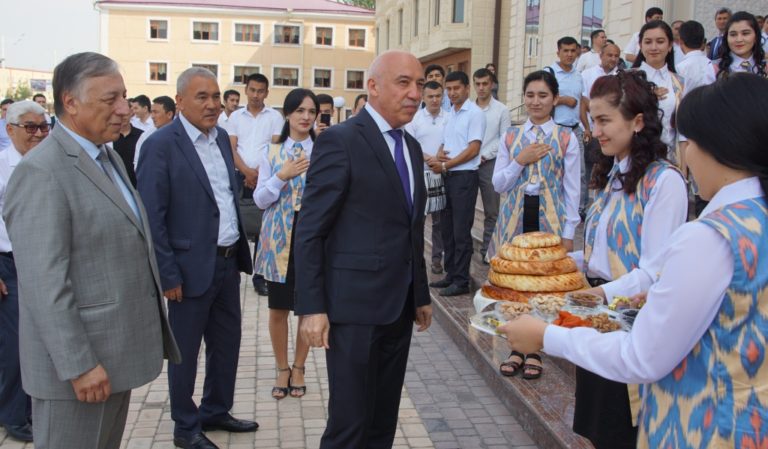 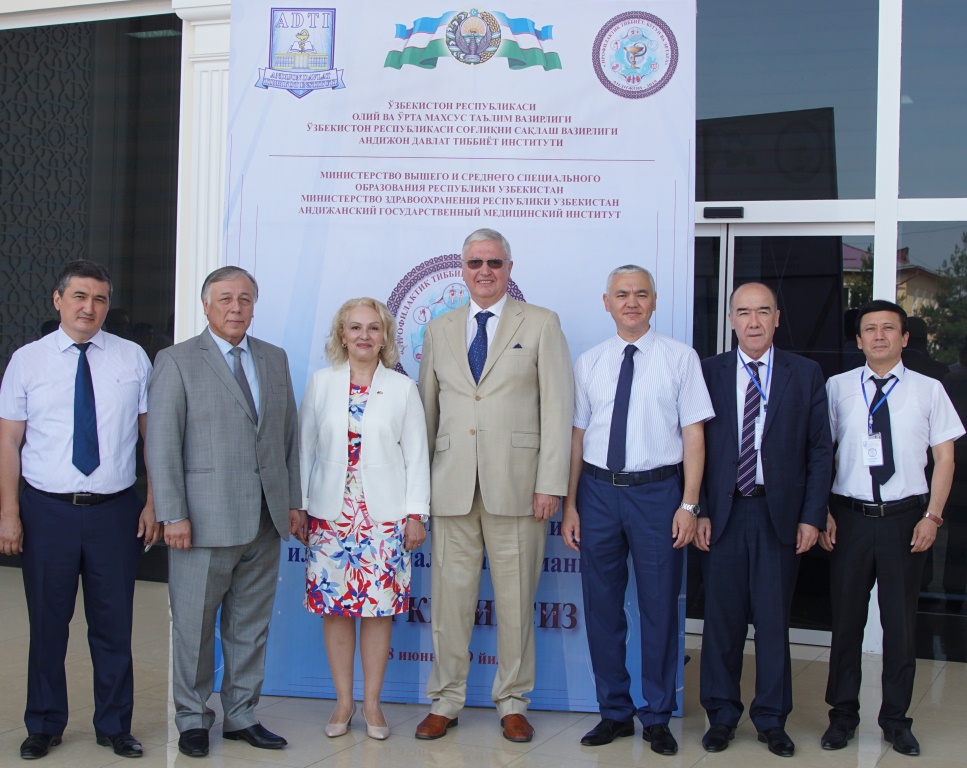 According to the Decree of the President of the Republic of Uzbekistan “On improving postgraduate education” No. 4958 of February 16, 2017, the decree of the Cabinet of Ministers of the Republic of Uzbekistan “On further development of postgraduate education” № 304 dated May 22, 2017, Decree of the President №576 “On science and scientific activity” dated October 29, 2019 doctoral and philosophical dissertations are being prepared – 21 doctoral candidates, 21 independent applicants, 17 independent applicants.