Marathon against AIDS in Andijan

А мarathon was held, dedicated to the 1st of December – «World Day against AIDS.» 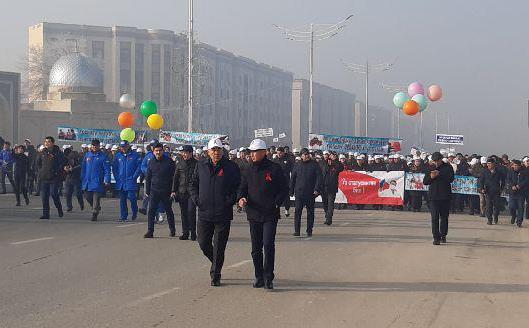 Today, everyone is familiar with the AIDS disease, which is called the «Plague of the Century.» A person suffering from this disease is doomed. Therefore, the fight against AIDS is being waged around the world. Every year, various government organizations, such as the Youth Union of Uzbekistan, the “Soglom Avlod” charity fund, the women’s committee, the Republican Center for Families and Marriage, international organizations UNICEF, AIDS, hold mass events dedicated to December 1 – “World AIDS Day”. 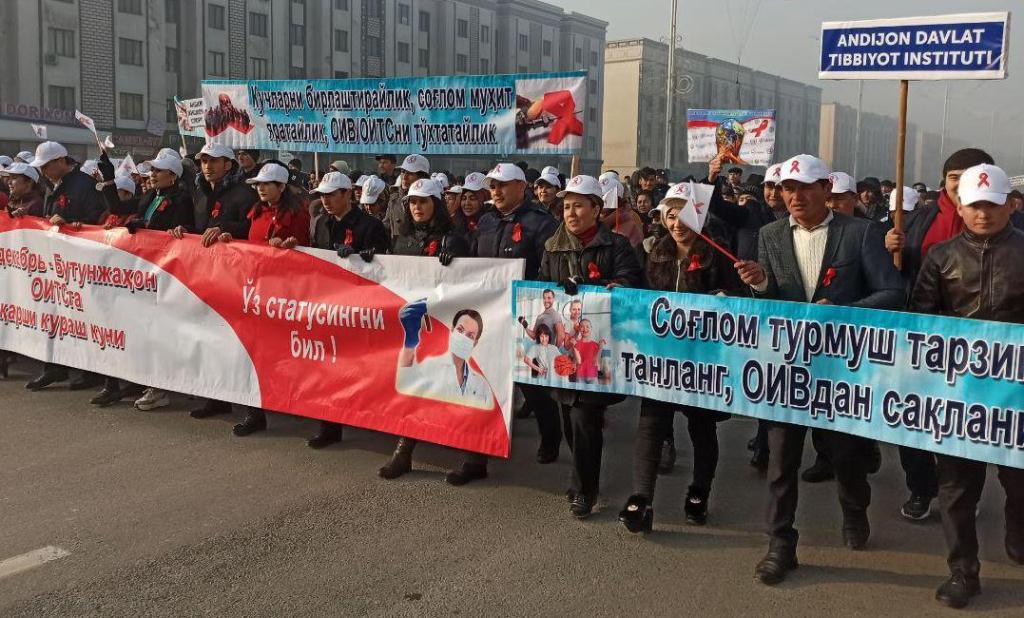 The marathon began from Babur Street and continued on Registan Square. It was attended by employees of the regional khakimiyat, the Regional Health Department, the center for the fight against AIDS, the department of culture, a number of organizations and medical institutions. Higher educational institutions also took part in the mass event, including more than 200 professors and teachers of the ASMI, public education employees, mahalla activists, unorganized youth, and athletes. 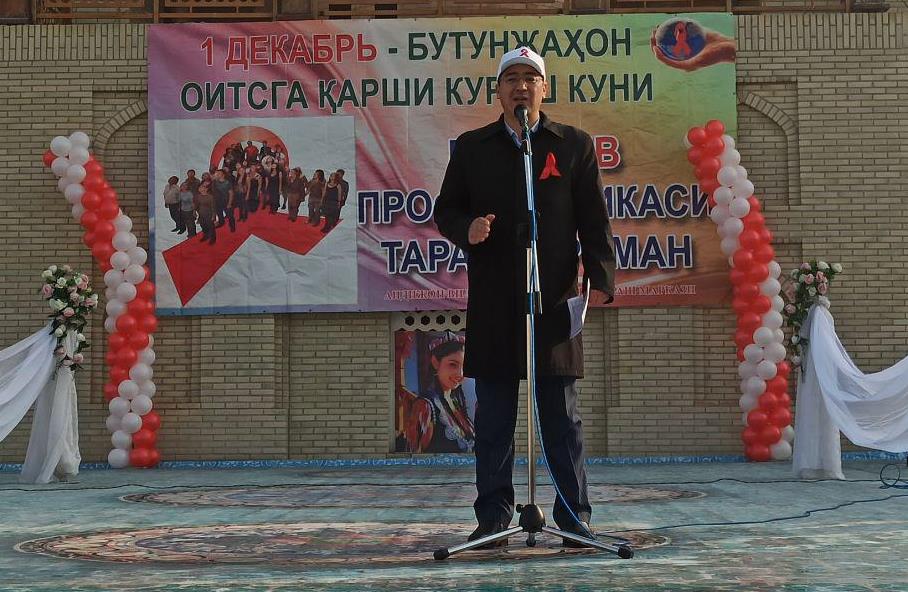 Our compatriots marched under the motto “Let’s join forces, create a healthy atmosphere, stop HIV / AIDS!”, “Addiction is the tragedy of life! Beware of AIDS! ”And showed their indifference to this problem. 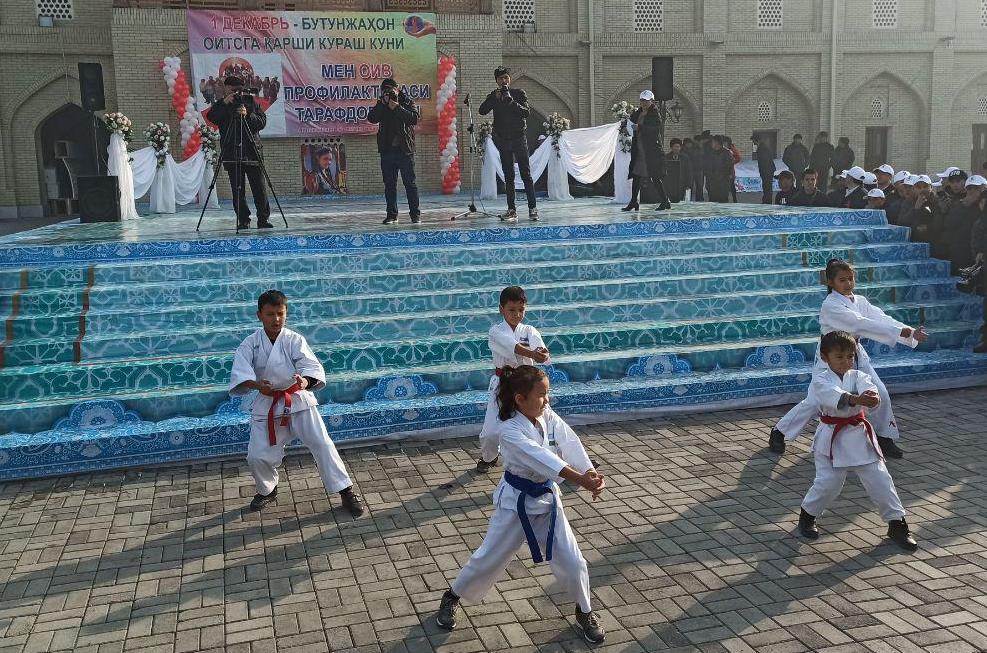 The participants of the marathon held a meeting in the “Registon” square. They told the participants about HIV infection, ways of infection, clinical stages, prevention and treatment, talked about the history of the red ribbon – a symbol of patients doomed to AIDS. 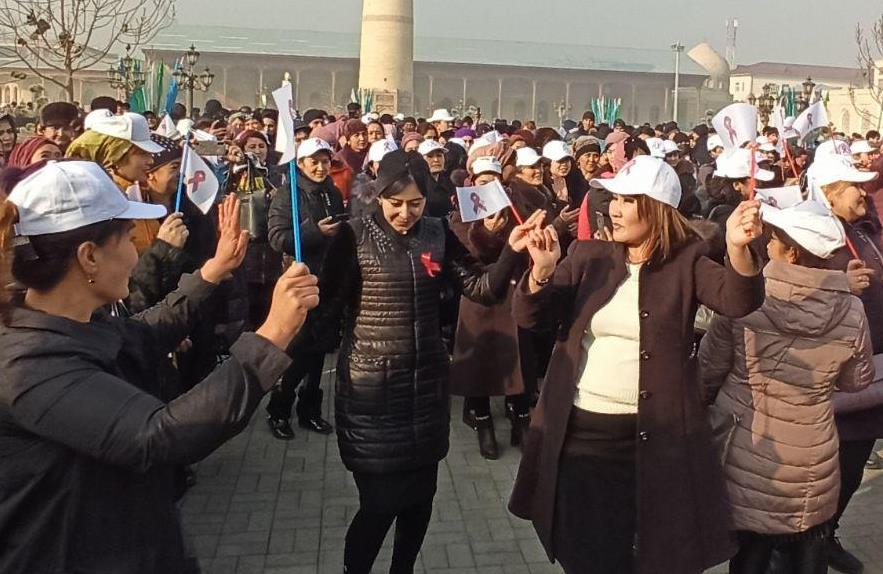 The performance of the singers of the Uzbeknavo pop association of Andijan region raised the mood of all participants. The performance of young athletes, amateur art groups urged everyone to keep a healthy lifestyle and live happily.
Participants of the marathon showed that everyone can unite forces in the fight against the disease.