PEOPLE AND THE ARMY ARE UNITED 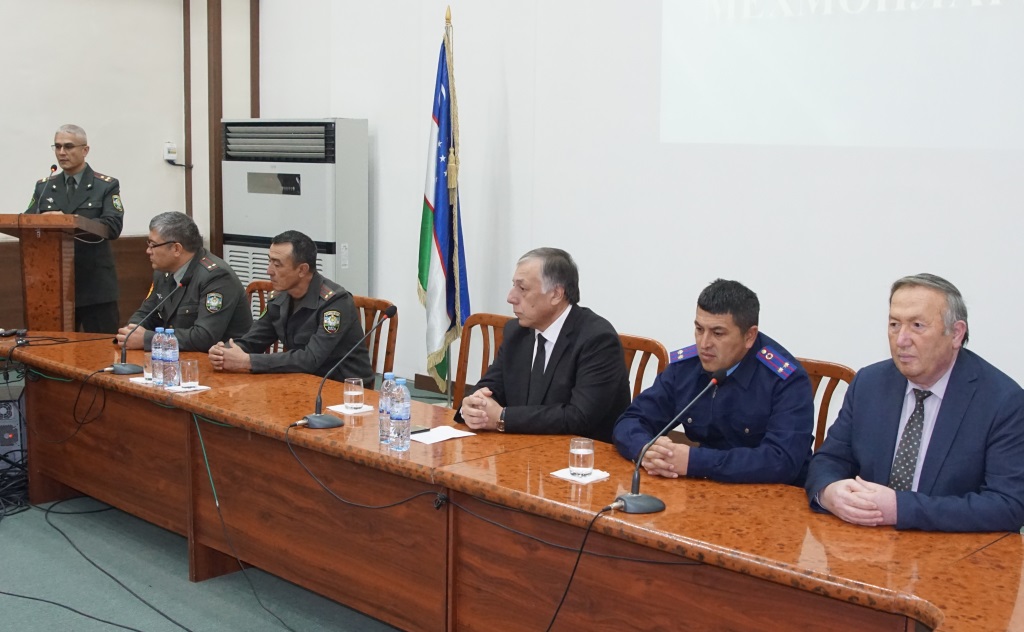 In this regard, the awarding ceremony was held in the conference hall of the  Institute. The ceremony was attended by Deputy Chief of the Department of Medical Supplies of the Ministry of Defense Yuldashev Abdugani, Head of Medical Services of the Eastern Military District Vohidjon Safarov, professors and teachers as well as students of the institute. 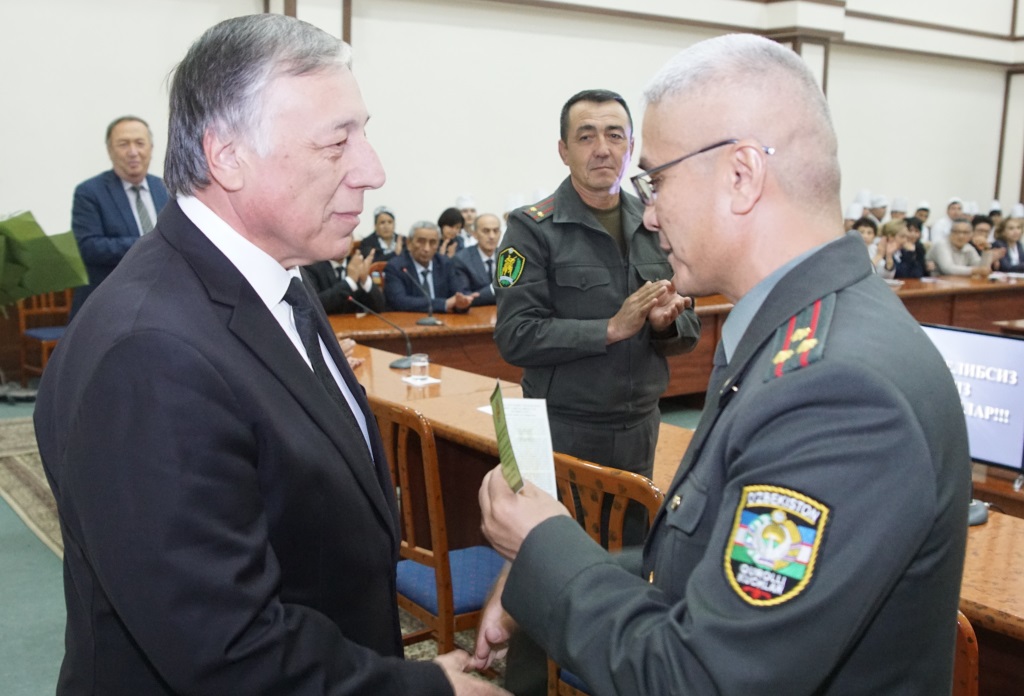 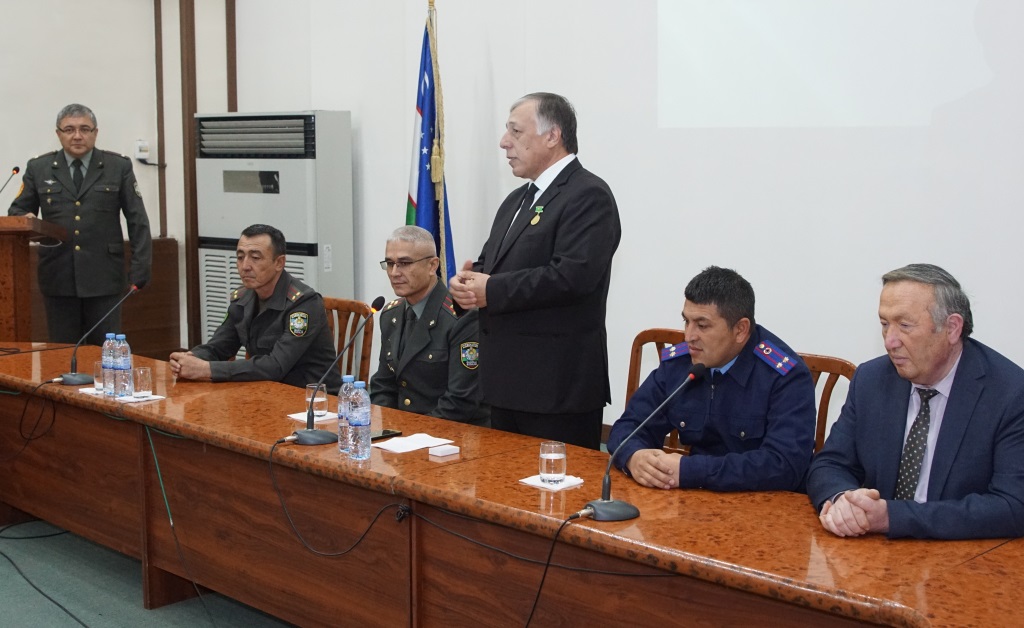 At the awarding ceremony, Professor Madazimov M.M thanked the Ministry of Defense for the attention and promised to strengthen cooperation with the Ministry in the development of military training of students in patriotic spirit. 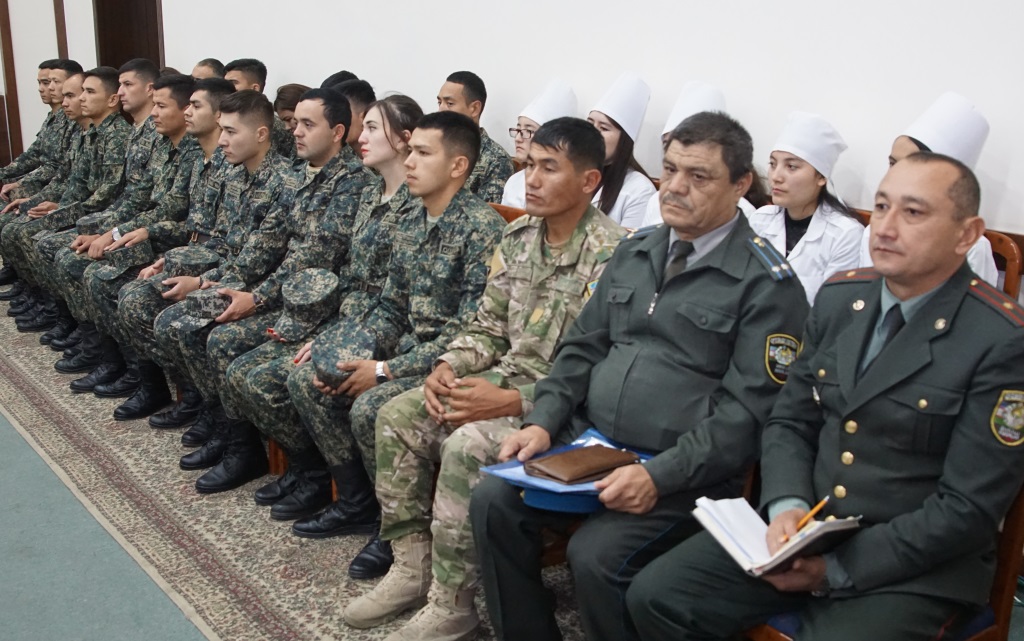 Lieutenant-Colonel Razzakov Bahodirjon from the military department of the Institute was awarded the breast badge «Veteran of the Ministry of  Defense «.

Speakers at the event spoke about the openness and transparency of the Armed Forces of Uzbekistan, the fact that the people – soldiers, parents of our officers – are familiar with the conditions created for their solders to visit the military, the army is united with the people as well as  their support and confidence are great.