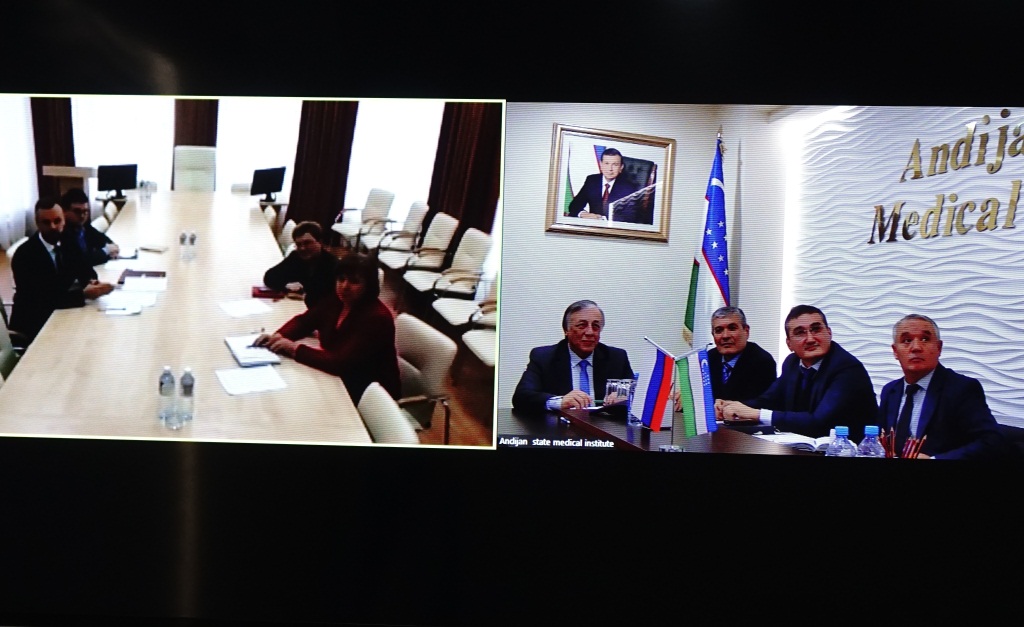 In the online meeting of the management of two universities, the rector of Andijan State Medical Institute M.M. Madazimov first informed about the activities of the Institute, the directions and conditions created for students. Head of the department of international cooperation of the Institute K.Salokhiddinov spoke about the establishment of contacts with more than 40 foreign medical institutions and dwelled on the directions of international relations.
Then, Vice-Rector for Educational Activities of Ural State Medical University T.V. Borodulina presented information about the history and scientific potential of the university. The rector of Ural State Medical University, O.P. Kovtun, was pleased with the proposal of the leadership of Andijan State Medical Institute in terms of international relations, the establishment of international exchanges, and made suggestions for improving the qualifications of doctors. During the negotiations, both sides noted the importance of cooperation in the field of pediatrics and agreed to open joint programs for undergraduate and graduate programs and specialties. 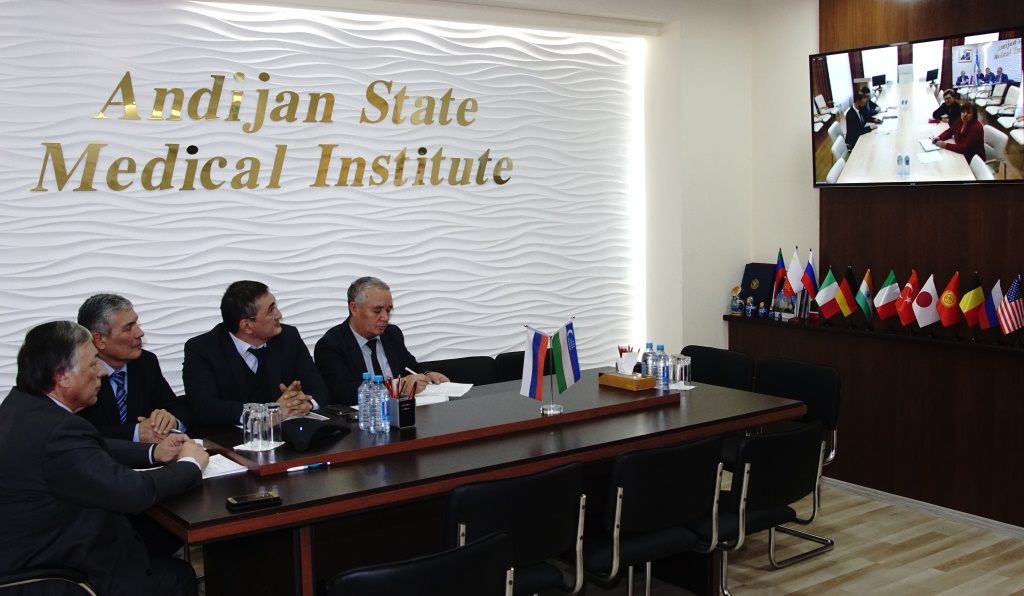 The online communication between the leadership of Andijan State Medical Institute and Ural State Medical University has shown the promise for further international cooperation among higher education institutions.