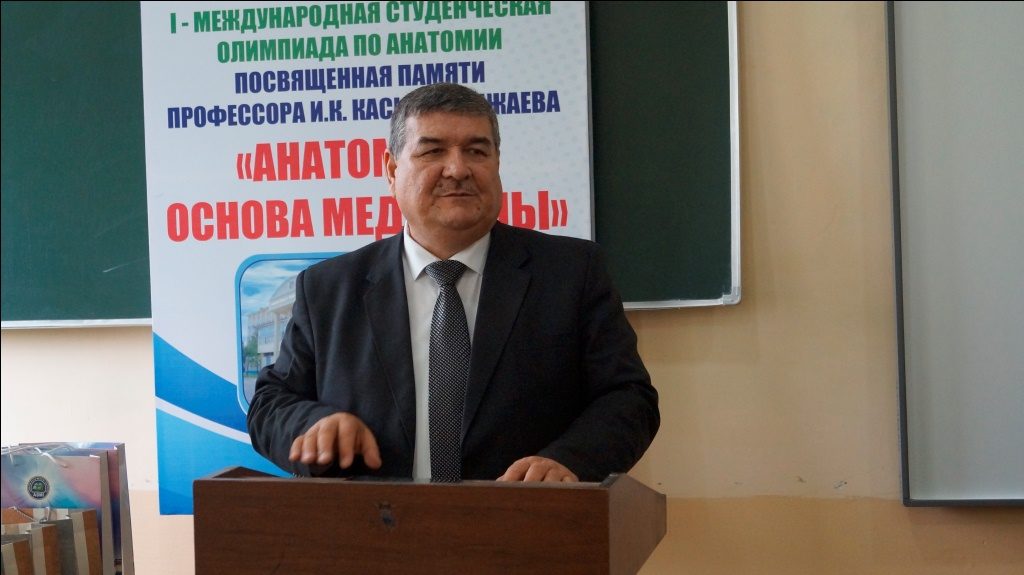 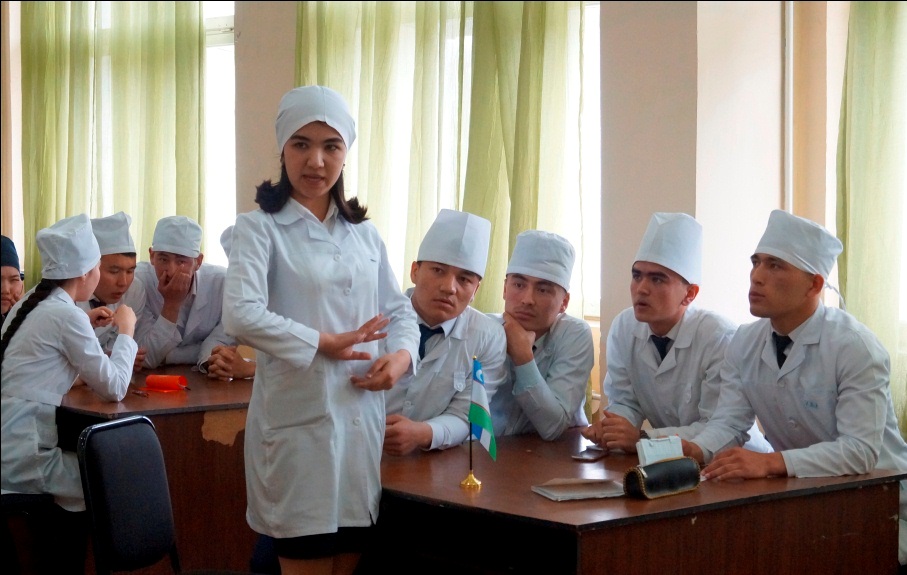 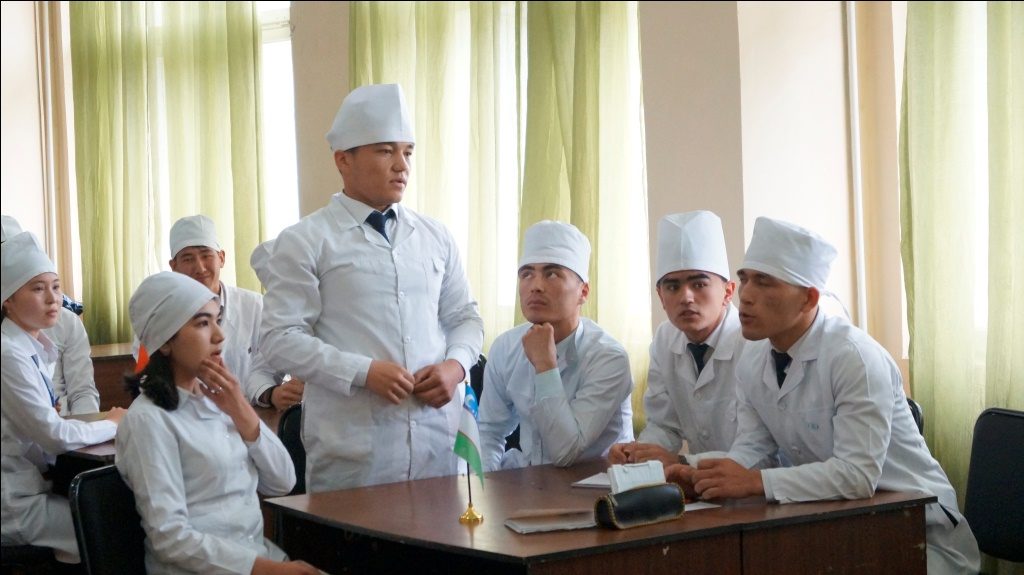 Initially, students passed tests in Anatomy, then they worked with wet preparations, were asked questions, and also students demonstrated their knowledge and skills in giving the first aid in emergency situations at the simulation center of the institute.Members of the jury consisting of professors and teachers from the Kyrgyz State Medical Academy, Medical faculty of Osh State University, Tashkent Medical Pediatric Institute and ASMI watched and evaluated the participants of the Olympiad. 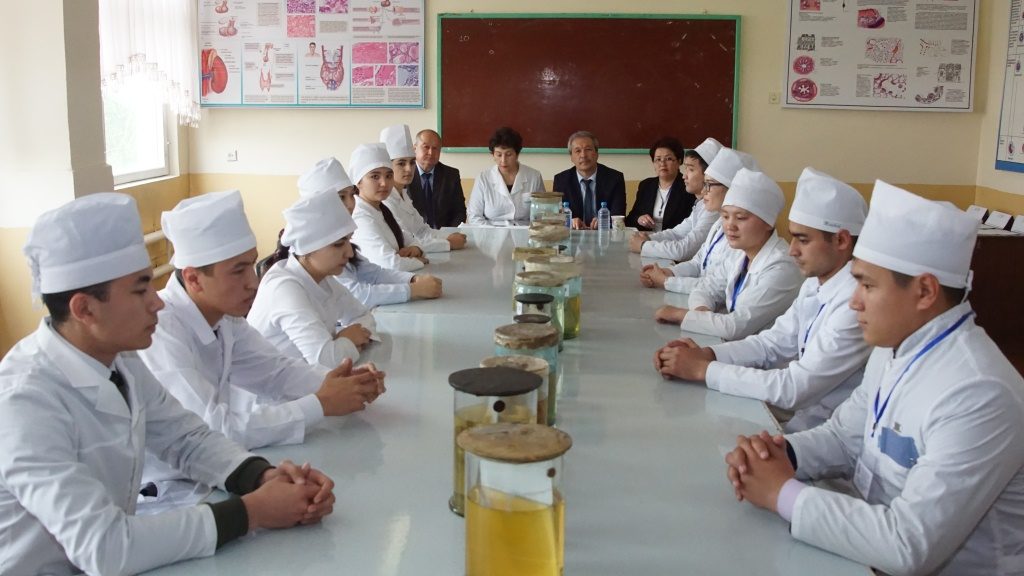 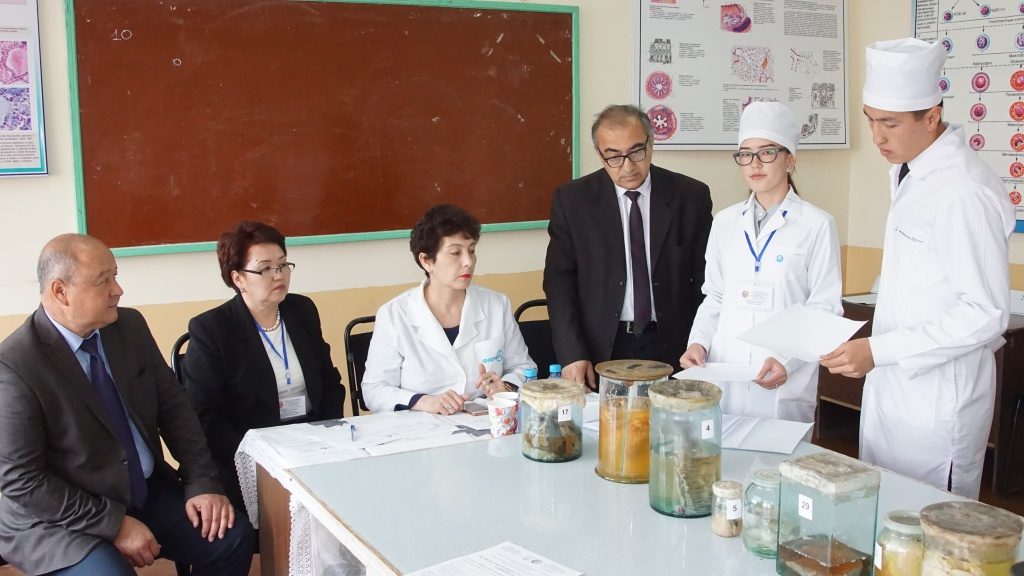 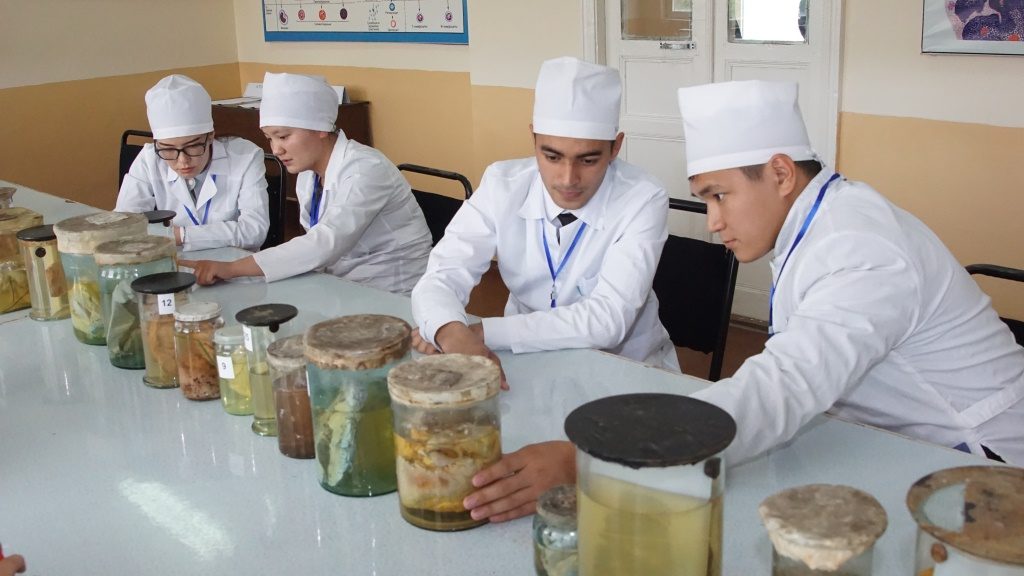 The Olympiad participants were also tested in Histology and Pathological Anatomy, competed among themselves in answering oral test questions, doing situational tasks, analyzing macro and micropreparations. The Olympiad with participation of foreign students was held transparently and fairly in high mood, in solidarity and friendly atmosphere. 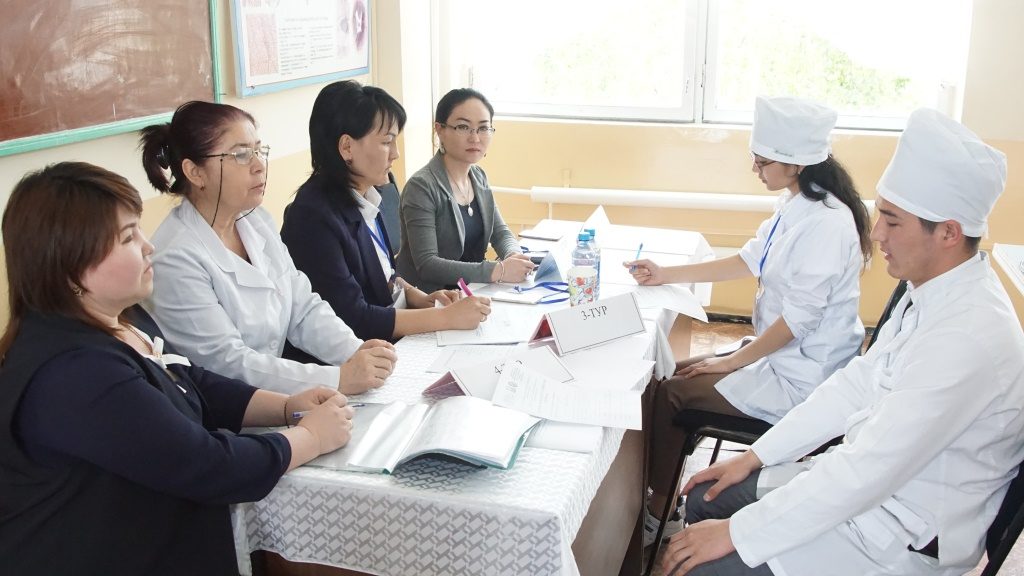 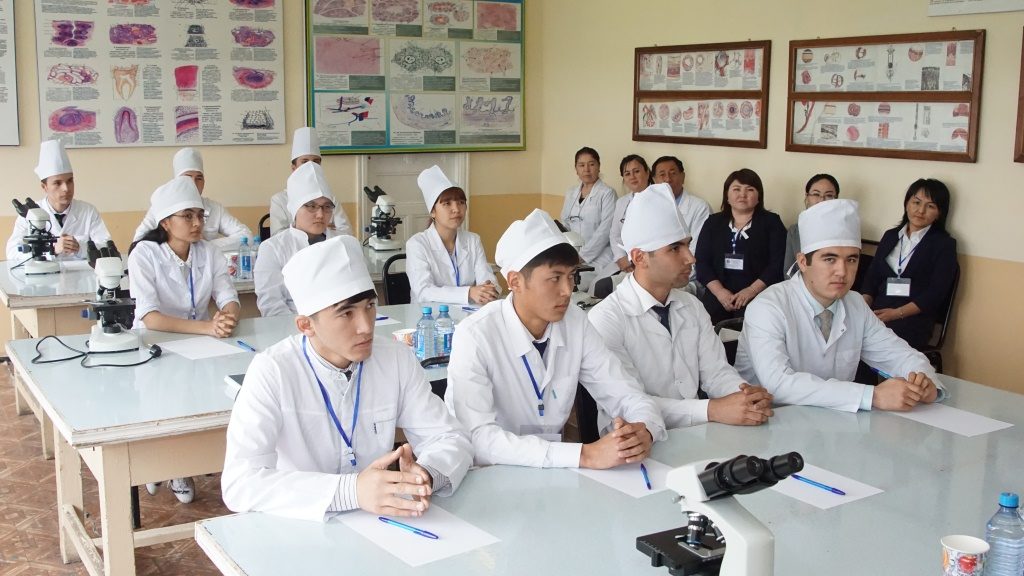 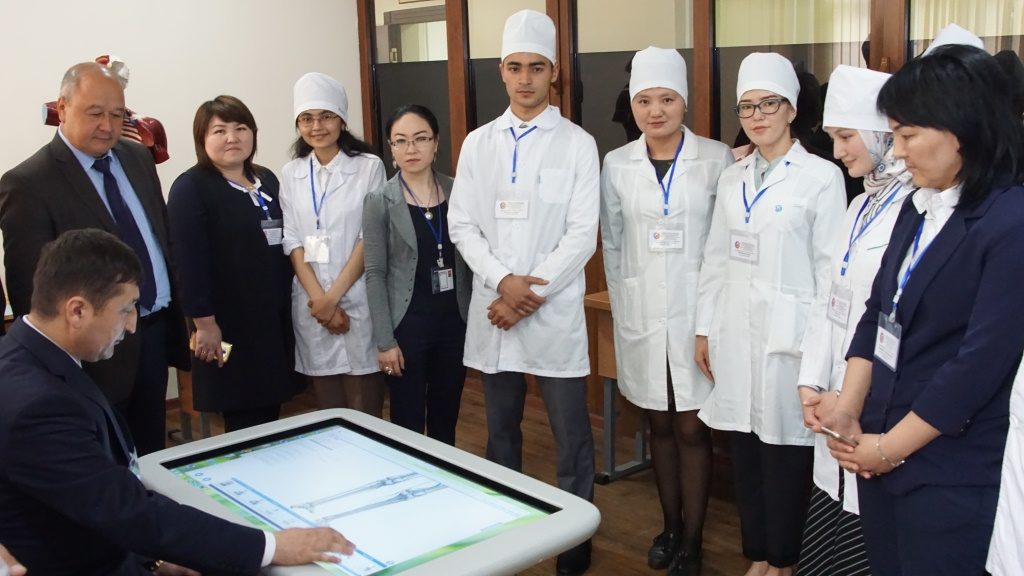 The final results of the Olympiad on Anatomy were announced by the head of the Department of Anatomy, Operative Surgery and Topographic Anatomy of the institute Z. Kakharov. The professors and teachers of the universities, who took an active part in the Olympiad, were given the «Letter of Thanks». 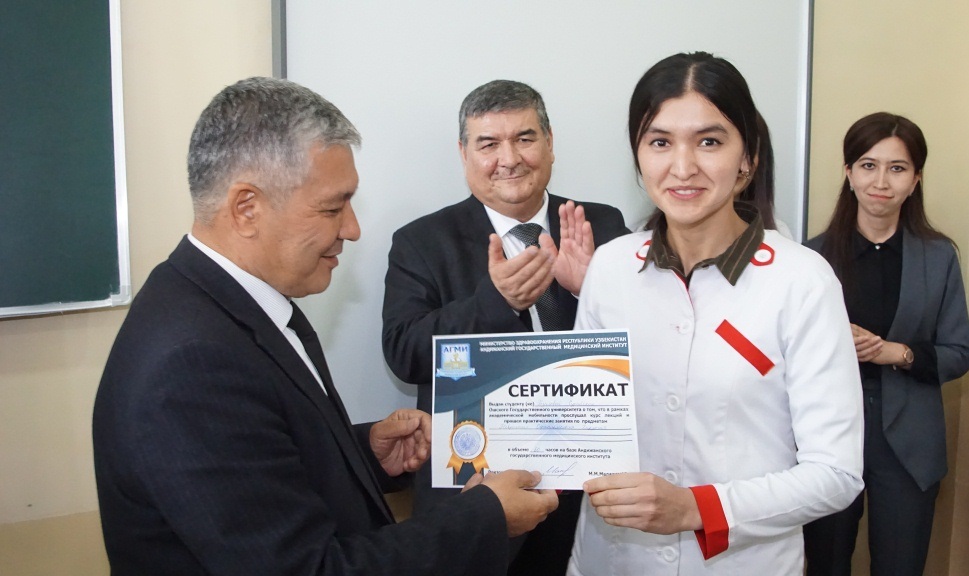 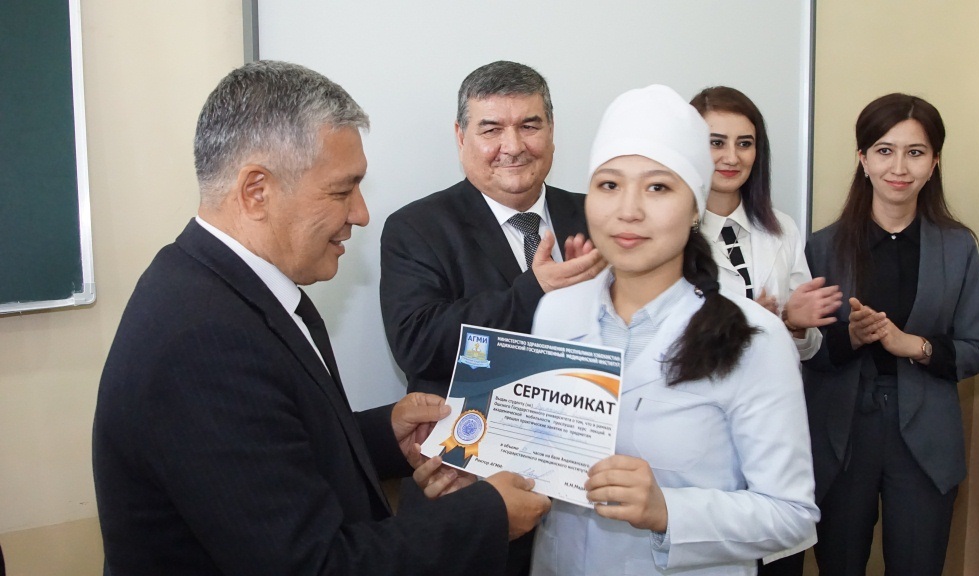 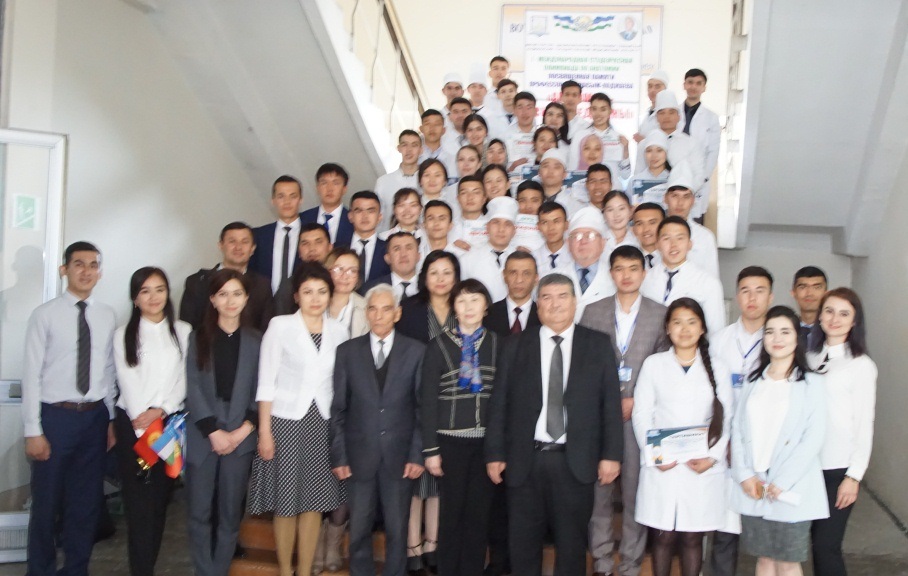 Results of the Olympiad on Histology and Pathological Anatomy was announced by A.Arzikulov, the Vice Rector of the institute for Academic Affairs. 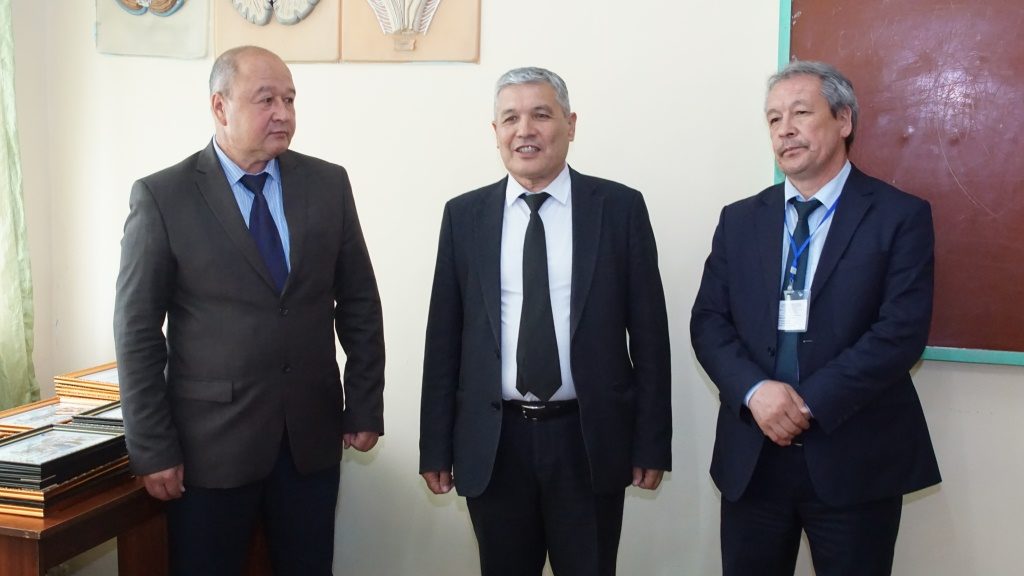 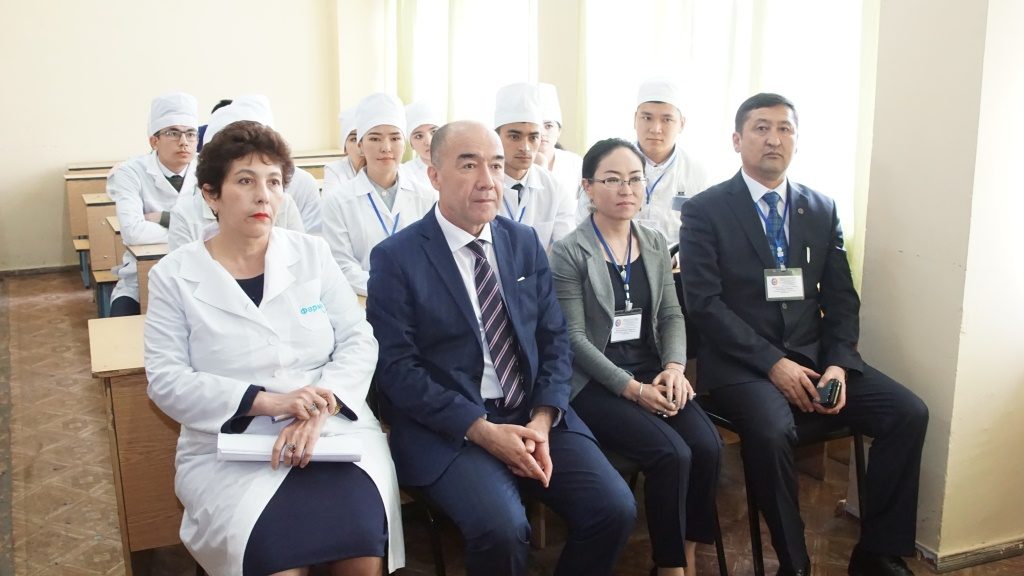 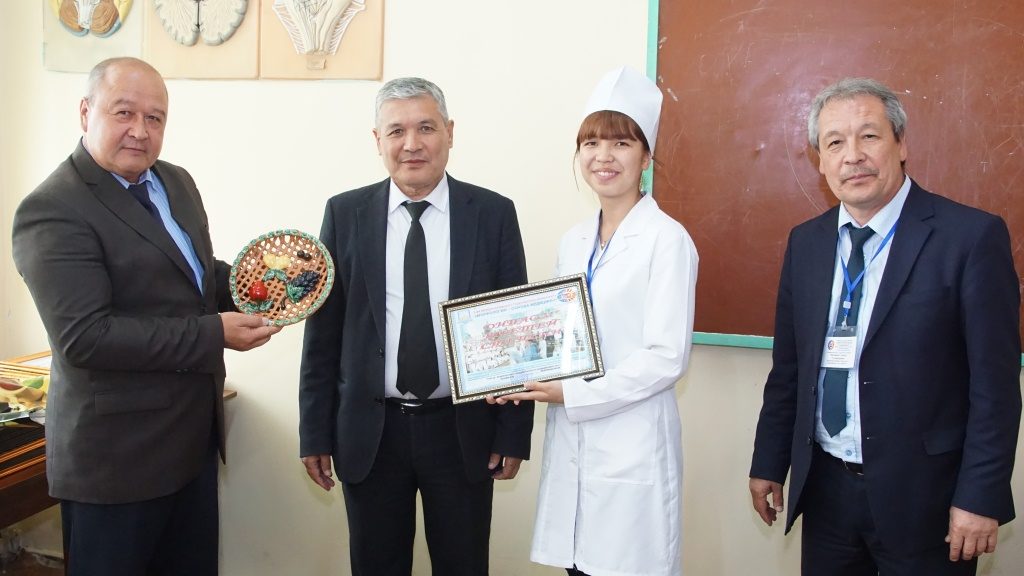 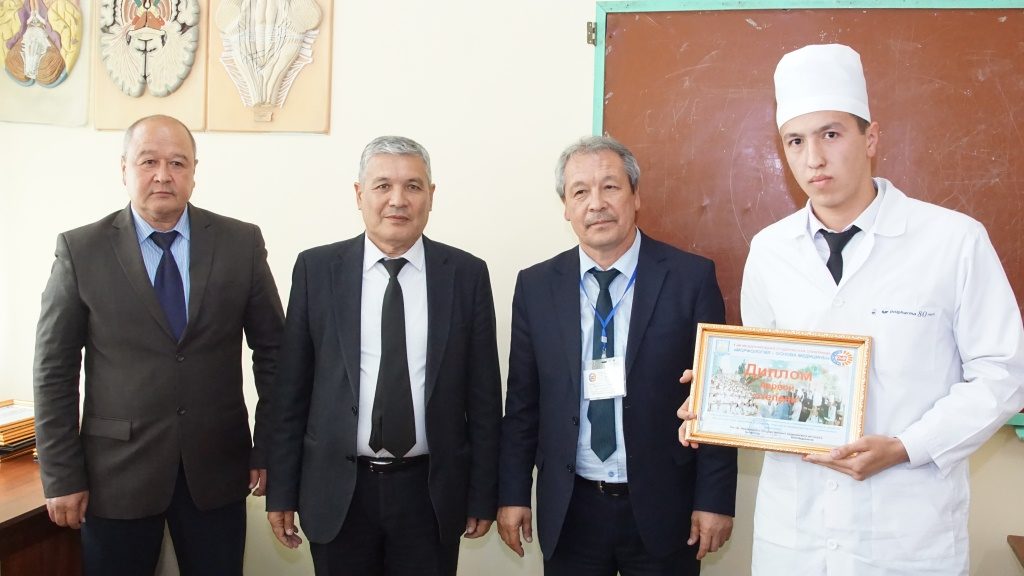 The winners were awarded diplomas and memorable gifts, as well as “The Letter of Thanks” was given to the leadership of Osh state University and the certificates of appreciation to the teaching staff. 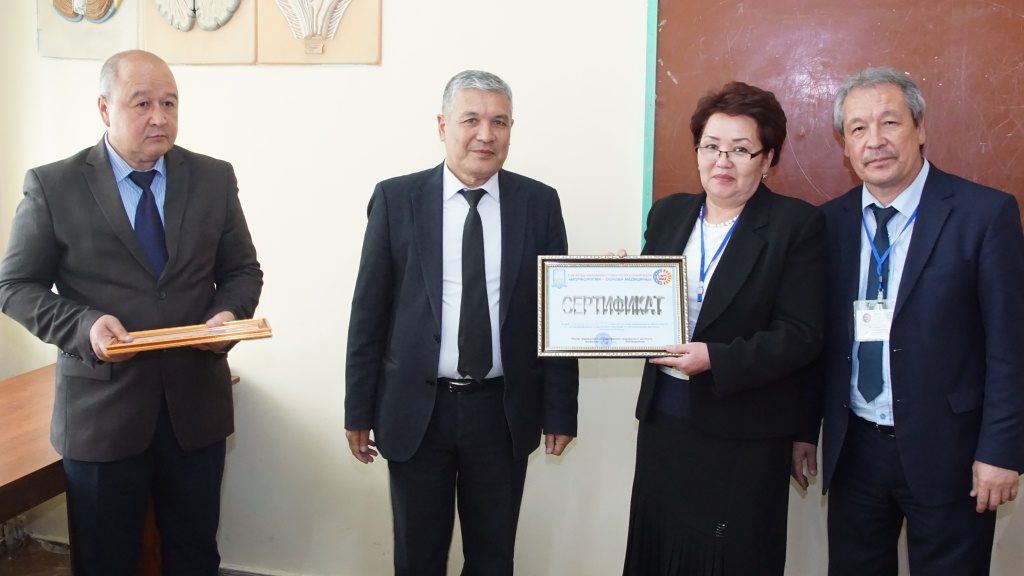 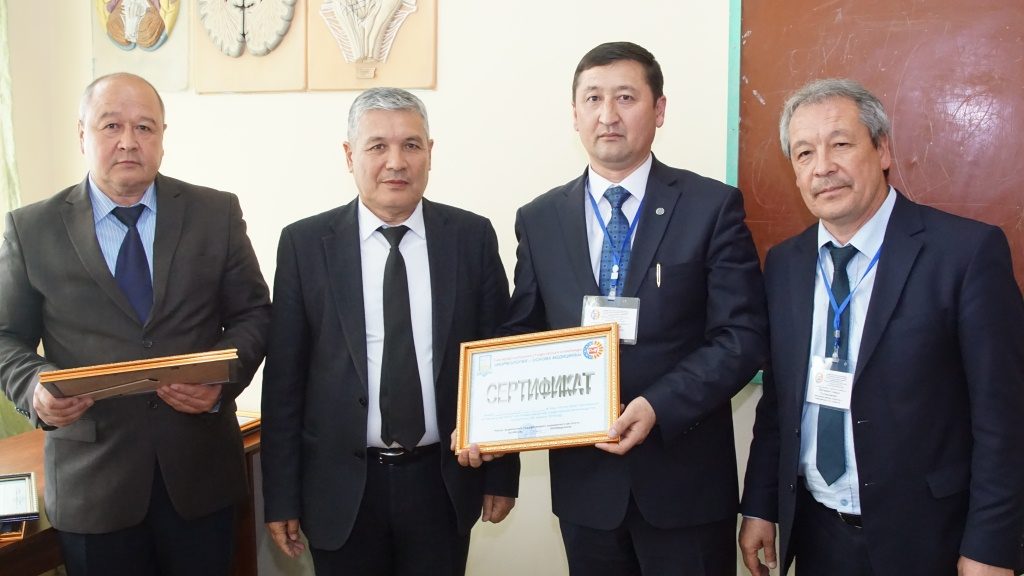 Professor U. Shatmanov from Osh State University shared his warm impressions about the Olympiad and handed memorable gifts to the rector of  ASMI M. Madazimov and docents R. Rakhmonov and A. Mamataliyev. 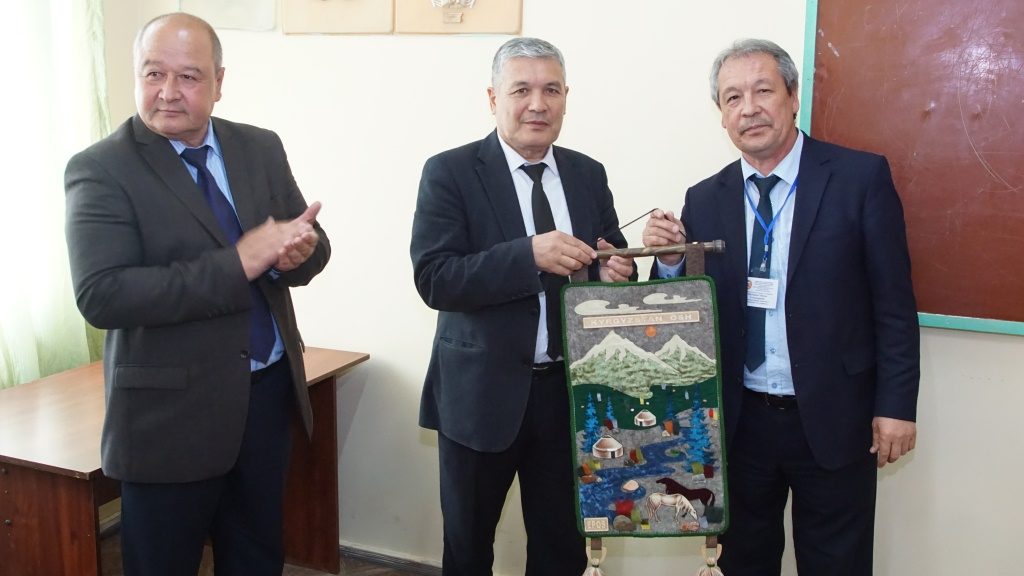 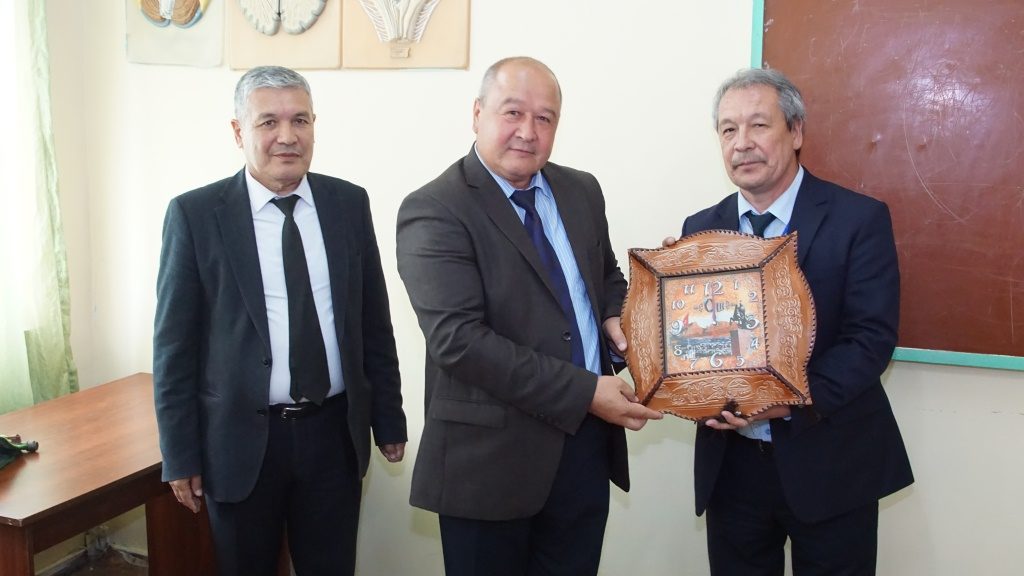 The International Olympiad made a great impression for all participants. 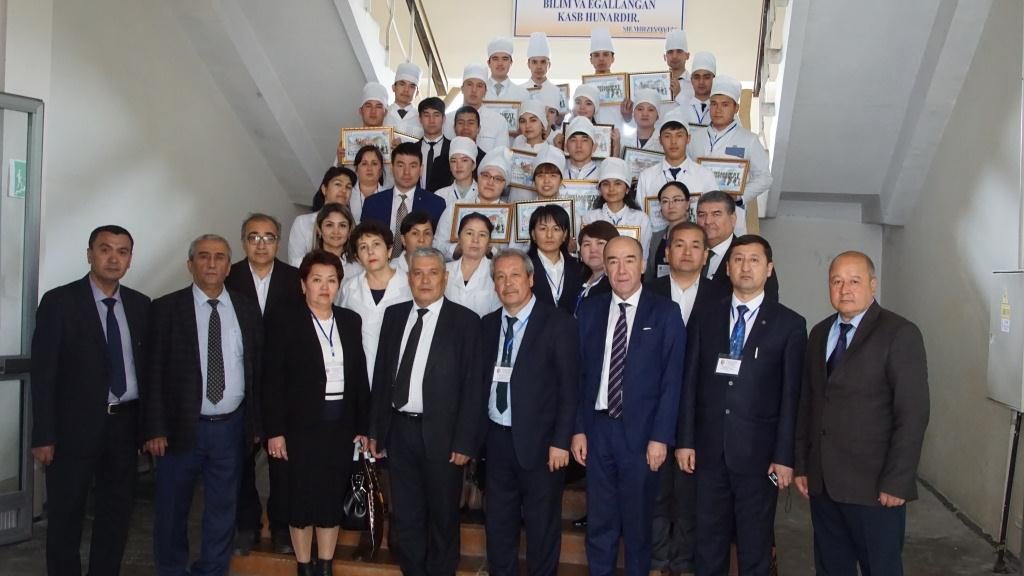