The book is the beginning of all good things

THE FORMER STUDENT OF ASMI PRESENTED HIS BOOK

Five important initiatives announced by the President of the Republic of Uzbekistan Sh.Mirziyoev, aimed at raising the spirituality of youth and meaningful organization of their leisure, are widely highlighted. In this regard, readership in the field – the tradition of book gift-making is rapidly increasing at the university where it is studying. As part of the readmission month announced in our republic, our work has been under way in Andijan State Medical Institute and new initiatives are being introduced. 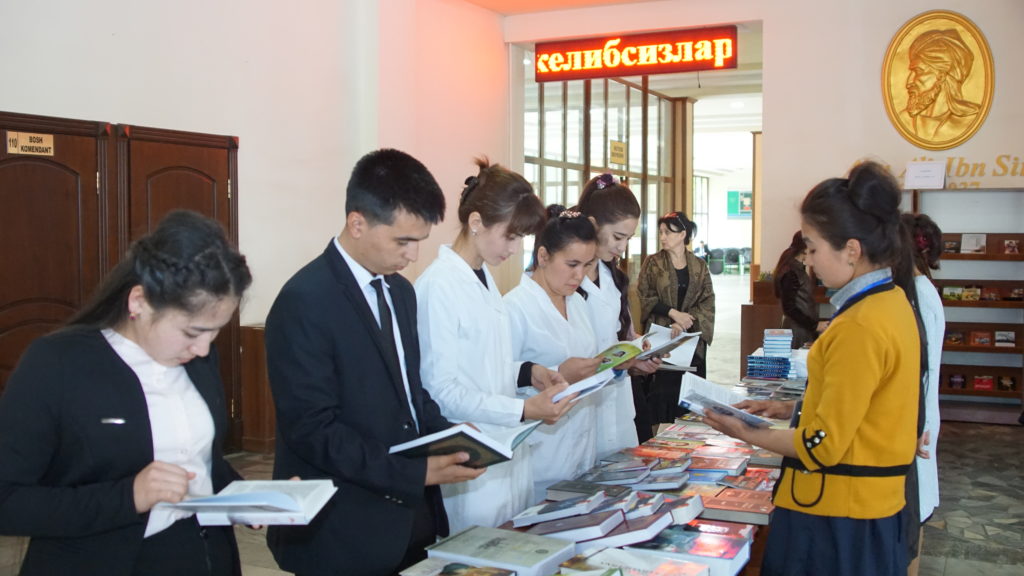 During the days of traditional readership and books sale, our former student from Yangikurgan district of Namangan region Najmiddin Eshonov visited the institute. In 1986 the Vertebrologist – graduated from Pediatric Department of ASMI. He worked in Birlashgan village of Yangikurgan district. Our comrade conducted his scientific research work on preventing suicide, treated the patients and returned to life many lives.
Recently, a poetic book about scientific observations and research of the doctor named  “If someone has not returned from that world?” had published.
On April 8, 2019, Najmiddin Ziya (Eshonov) visited ASMI and distributed 10 copies of his book to the Information Resource Center and 10 copies to the clinic`s library of ASMI. All interested readers can read the book. The book will increase the love to our life.
We thank the author, who has given his books to the institute, on behalf of the   leaderships of the institute and all the students.