Palov by Andijan technology is cooked in Germany

The delegation from Andijan State Medical Institute, consisting of the rector of the institute M.Madazimov, Salakhiddinov K.Z, the Head of International Cooperation Department, M.A.Shodmonov, the docent of Urology department, is actively participating in the holiday events, dedicated to the 600th anniversary of Rostok University in Germany. 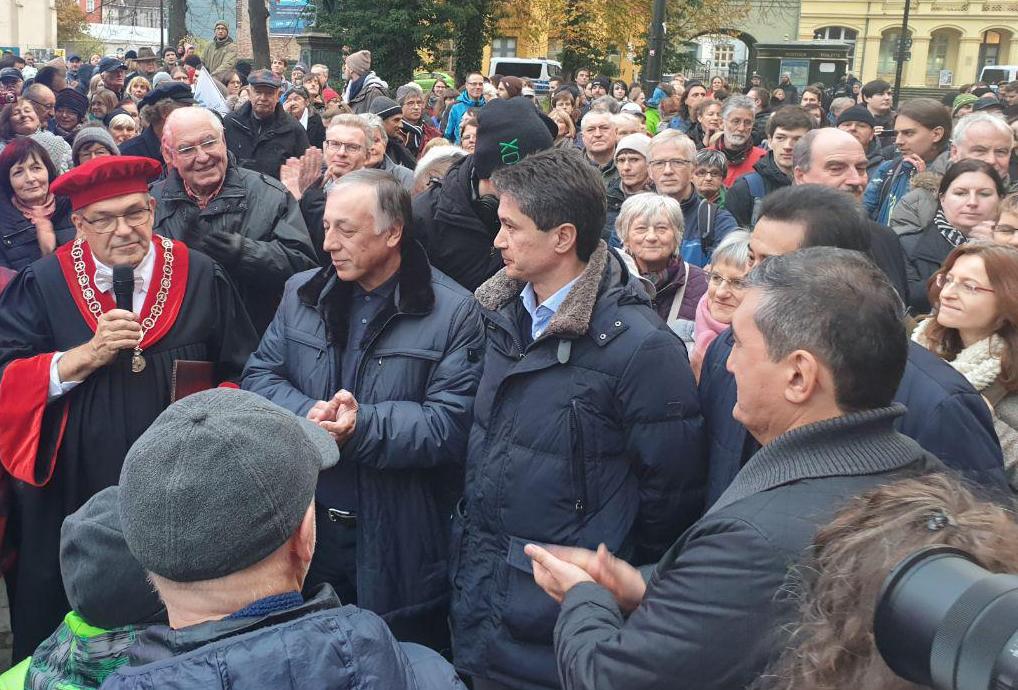 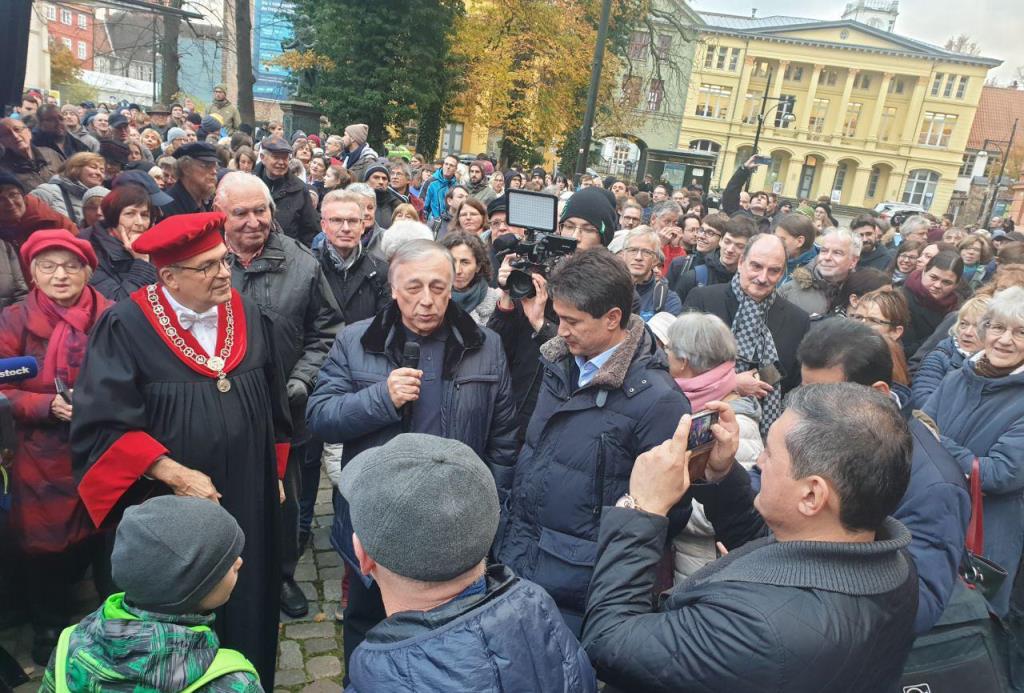 In honor of the 600th anniversary of the university, along with the scientific and practical events there were held entertaining events. 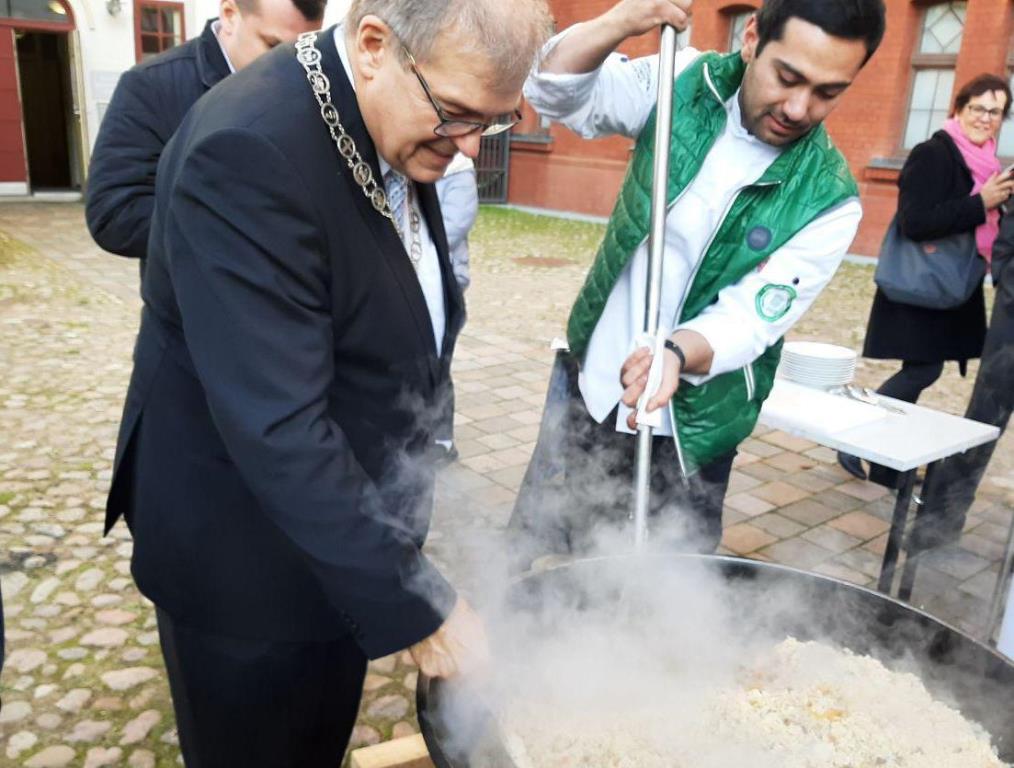 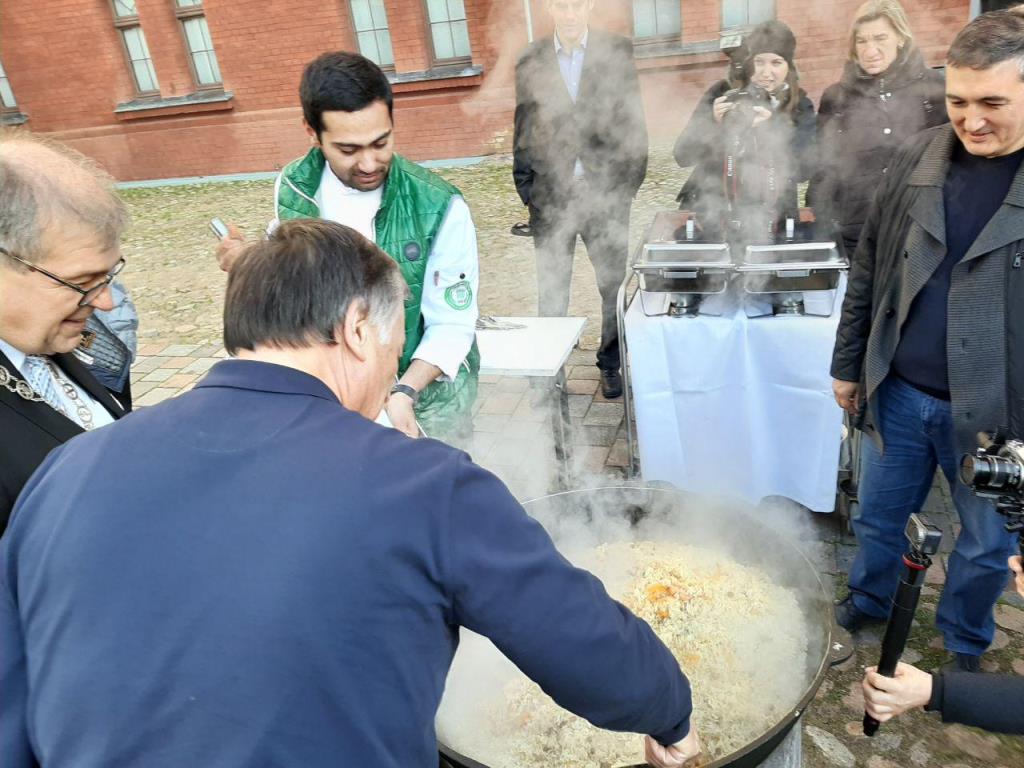 One of such events, which has become a public holiday, at the initiative of the delegation of Andijan State Medical Institute, an “Andijan” palov for 15 kg of rice was prepared in Germany. 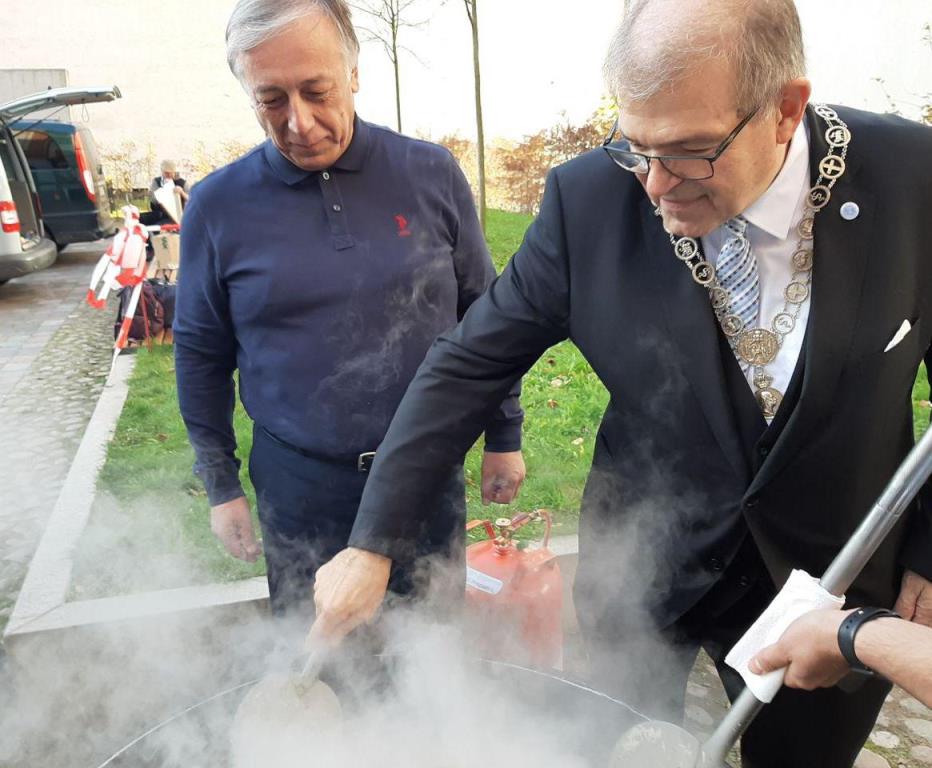 There were many people who wanted to taste the popular Uzbek palov, moreover the rector of Rostock University personally took part in preparing it and serving to the guests
Participants of the holiday events, dedicated to the 600th anniversary of Rostock University in Germany enjoyed the hospitality of Andijan people and the taste of the delicious palov, prepared by Andijan technology.
.