A former student of Andijan State Medical Institute, Bekzod Olimovich Toshboev, defended his Ph.D. thesis on “Diagnostic biomarkers of dry eye and xerostomia” in ophthalmology at OSLO University, which is included in the world’s top 100  universities.
Bekzodbek Toshboev writes about his achievements:
“Finally, after the last three years of hard work, my research work was completed and I received my PhD degree in Medicine at the University of Oslo.
According to my report, I have examined over 1000 patients for this scientific work, the articles I have written about the results of scientific research are over 4000 pages, and over 6000 emails with my colleagues. I responded scientifically to criticism from 30 reviewers. I don’t know exactly how many hours I spent on all this.
I want to write briefly on how I started my doctoral thesis. Because many people are interested in it. Many people want to work in European countries.
When I came to Norway in 2015, I had neither an academic position nor a medical status. In order to make money, I had to do various jobs to support my family.
In 2015, when I went to a well-known ophthalmologist-professor and said that I wanted to do research, he asked me who I was and laughed in his head when he heard that I had no scientific experience in ophthalmology. He said that if I wanted to do research work for a PhD degree, I had to be admitted to the PhD program first. He talked about the competition for access to the program. He said that in order to be admitted to the PhD program, I must first do at least 1 year of research and be able to show results.
During the daytime, I studied for a master’s degree at the university and at the same time learned to conduct research that meets international standards, studied statistics and diligently completed whatever assignments I was given. The assignments were difficult, but I did not give up. I worked as a bartender at night. So the whole of 2016 went by.
In early 2017, I was able to fully meet the program requirements, pass the competition and officially start working in the PhD program at the University of Oslo. Now the salary of the Ph.D. degree was enough, and there was no need to work in bars. The second task was to get a license to practice medicine. Although I was an ophthalmologist in Uzbekistan, I had to start here from scratch. To do this, I had to learn Norwegian and prove that my medical knowledge is no worse than that of doctors in Norway. Now, at the same time, the challenge was to work full-time in PhD program, learn Norwegian, pass medical exams, and so on. What I had to do to be recognized as a doctor is a separate issue. 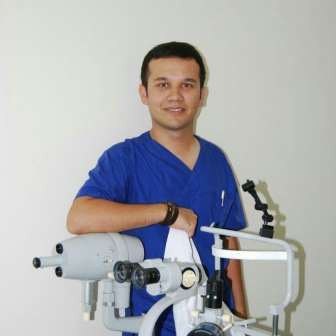 This is just the beginning. I believe that God will help me to set a goal and work hard.
Why am I writing this? Because there are many who want to achieve such goals, but, unfortunately, few people work with the goal. Many people do not want to leave their comfort zone. The problem with the young people I’ve talked to so far is that they suddenly think of the end. They think about sudden getting a doctorate, sudden becoming a neurosurgeon in Germany or an ophthalmic surgeon in Sweden. They want to know all the little details about what needs to be done for this. Many do not want to take the first step. The first step is to learn the language. If I didn’t know English, a well-known professor of ophthalmology in Europe wouldn’t have asked my opinion on how to do research during my thesis defense. Due to quarantine, the defense of my dissertation was through ZOOM.

Another thing about the comfort zone. Usually after the defense, a banquet is held to celebrate the academic degree. I went out for a half marathon run as soon as the defense was over instead of the banquet. My Zambian friend and I ran 21.5km in Stockholm in the evening.
Almost any goal can be achieved. All that is required for this is to get out of the comfort zone, take the first step towards the goal and work tirelessly until the goal is reached.

On behalf of the team of Andijan State Medical Institute, we wish the former student of the institute Bekzod Olimovich Toshboev even greater victories. We believe that every student of our institute will learn from Bekzod in terms of study, research and aspiration.