January 14 is the Day of Motherland Defenders

From the first days of independence the issue of strengthening the defense of our country has been identified as one of the most important priorities of the state policy. On December 29, 1993, January 14 was declared the Day of Motherland Defenders. 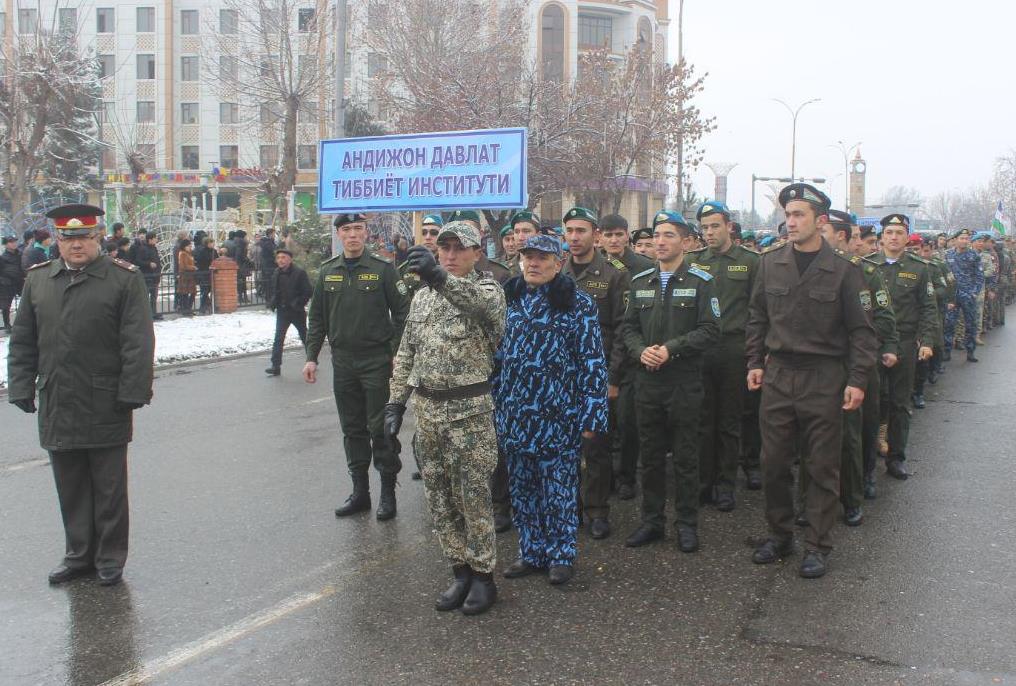 Our Army combines the best practices of world military construction and maintains our national military traditions with great fidelity. It is also being considered in all respects. 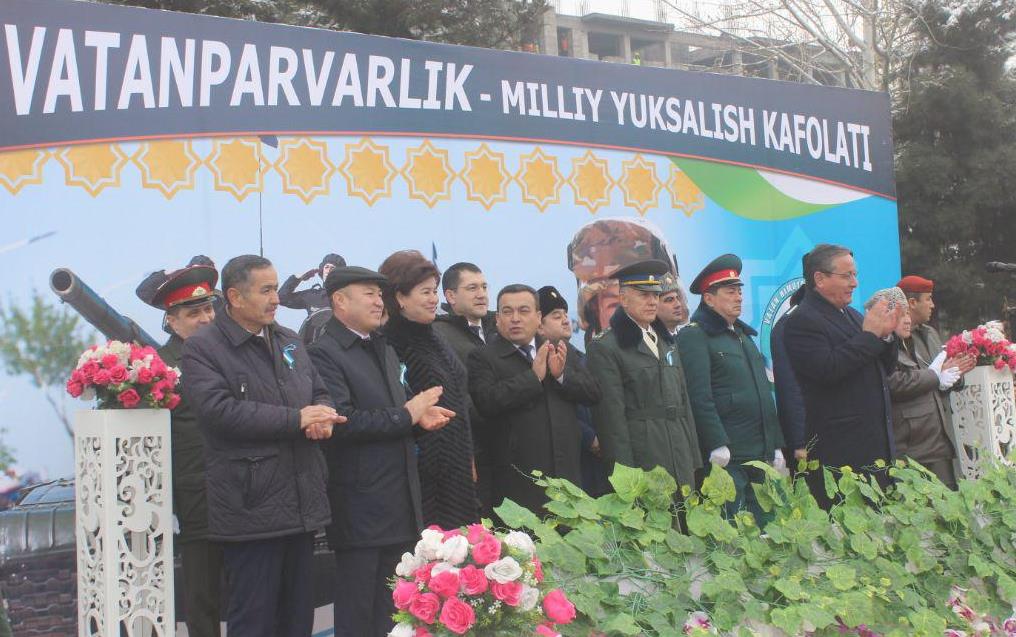 The education system in our military educational institutions is radically changing, with the training and training of future office staff in a fundamentally new educational, technical, and spiritual environment that meets modern requirements. ethically based. First of all, the brave, dedicated, intellectually trained and dedicated professionals, dedicated to serving the independent and sovereign Uzbekistan, protecting their interests and frontiers, as well as the peaceful and peaceful life of our people, come to the Army. 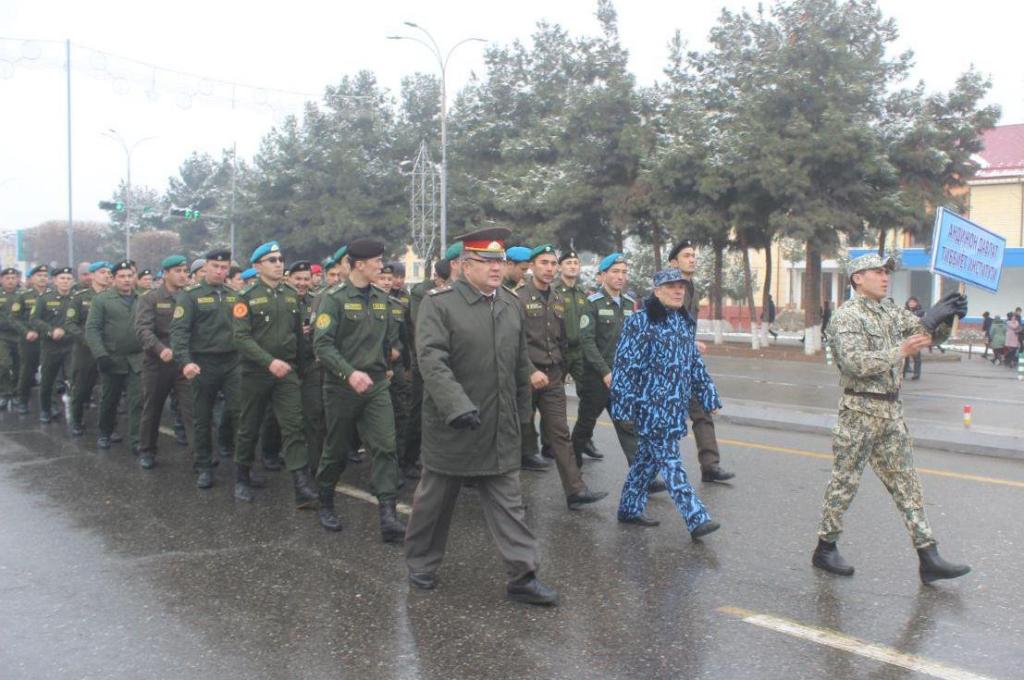 The education system in our military schools is changing radically, and future officers are being trained in a fundamentally new educational, technical and spiritual environment that meets modern requirements, on an ethical basis. It should be noted, that only brave, intellectually trained and dedicated professionals, who devote their lives to serve the independent and sovereign Uzbekistan, to protect its interests and frontiers, as well as the peaceful life of our people, come to the Army. 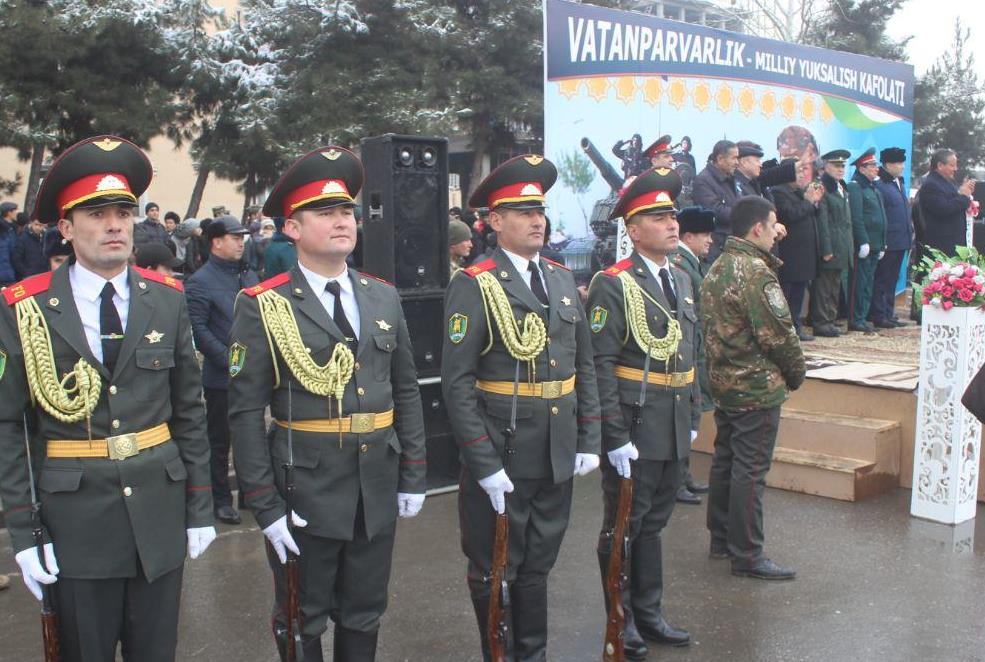 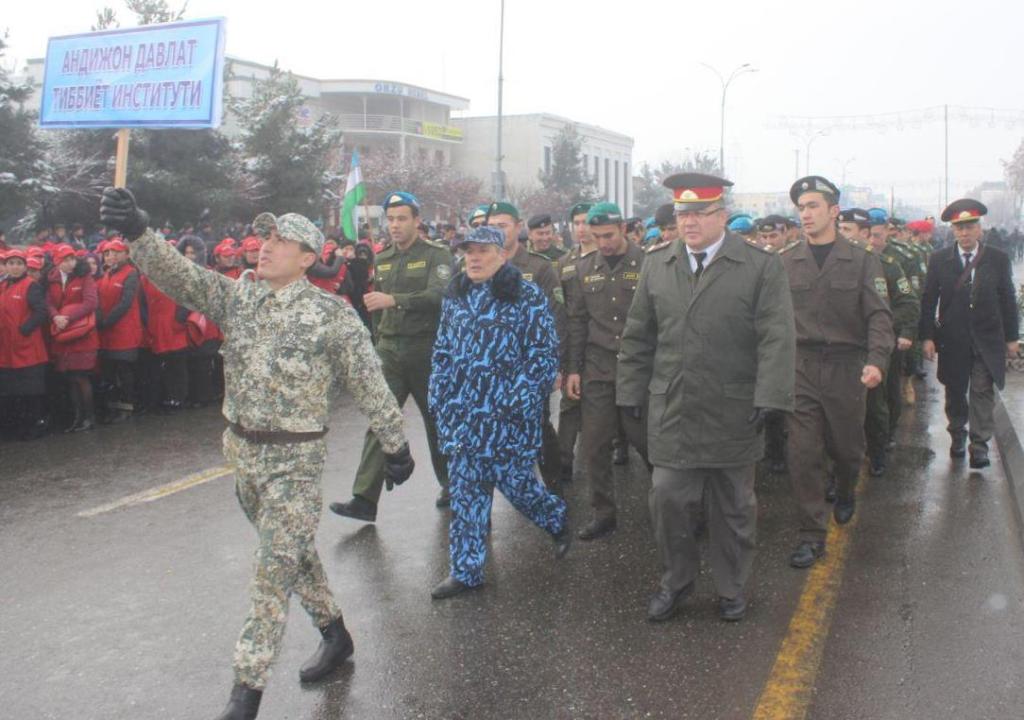 In honor of the Day of Defenders of the Motherland a big festive event was held at Navoi Avenue in Andijan. The event was attended by Andijan regional khakimiyat, officers and soldiers of the military units, non-governmental organizations and representatives of educational institutions. Khakim of Andijan region Sh.K.Abdurakhmanov sincerely congratulated participants of the event with the Day of Motherland Defenders. 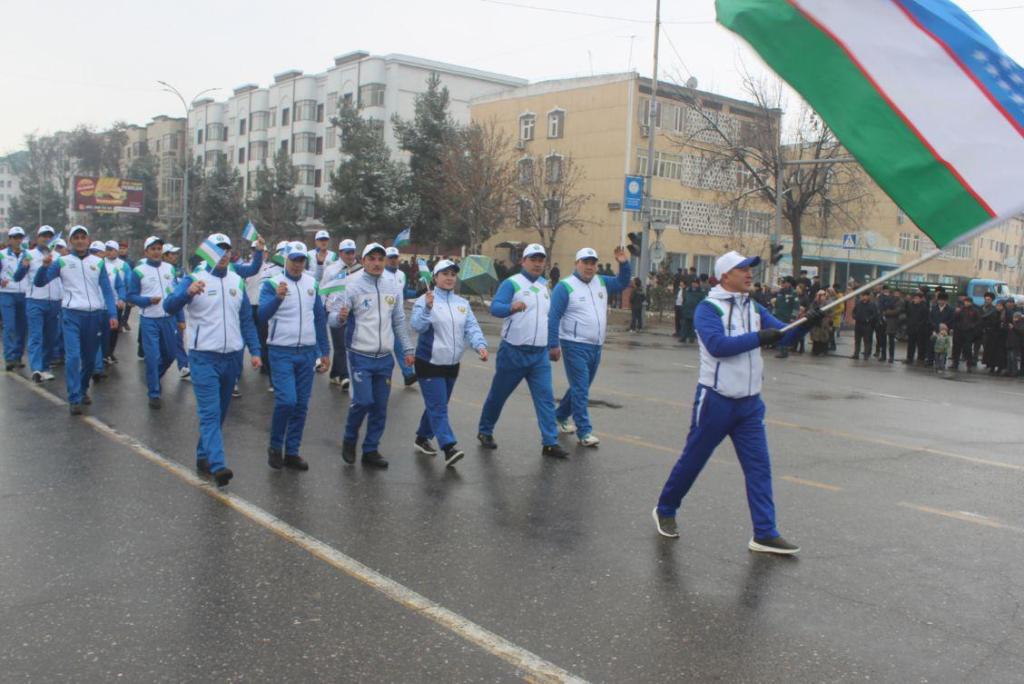 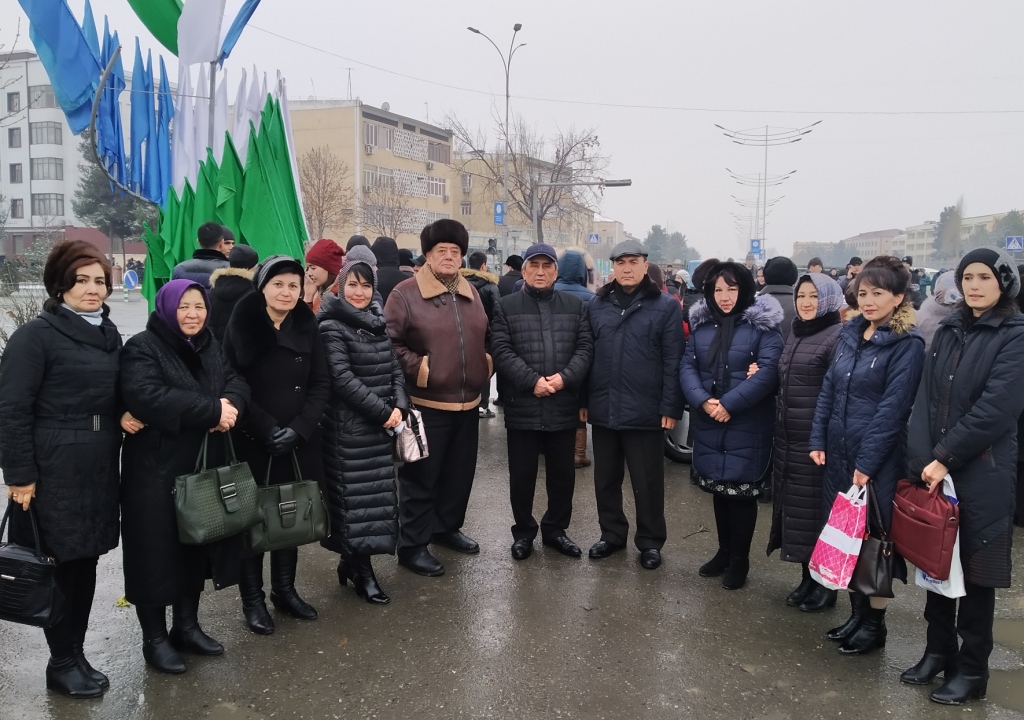 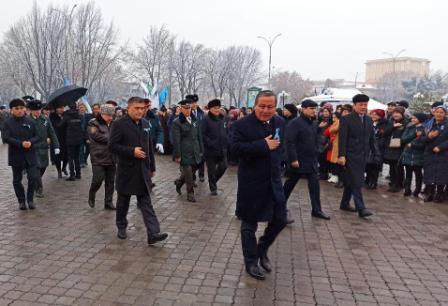 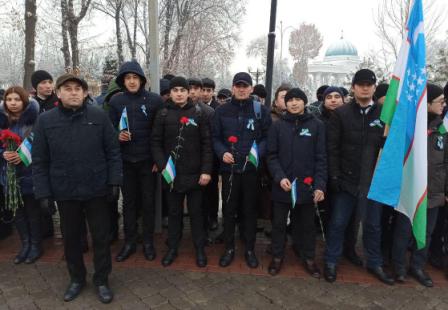 Every inch of soil on the territory of our country is sacred. That is why our ancestors so cherished our land and were proud of it. As you watch the defenders of their homeland march in a military parade, the above thoughts involuntarily come to mind. 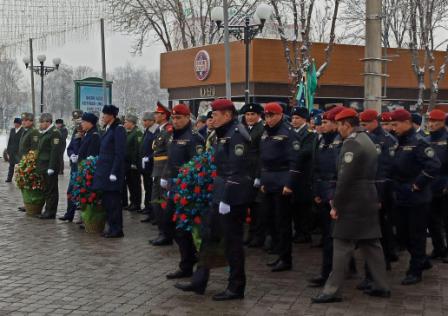 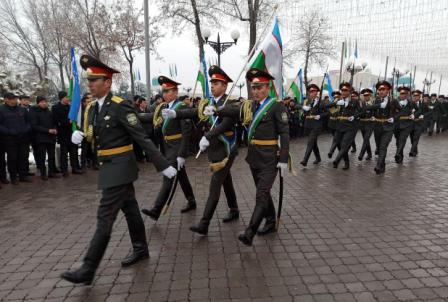 Today’s youth are the guardians of our independent homeland. If we bring up the younger generation as harmoniously developed personalities, consistently forming the honor and national pride in each of them, our country will become a powerful state. 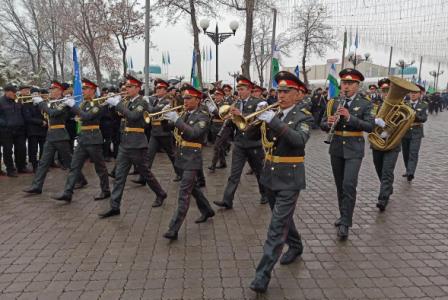 The future of our independent country is the youth, who is confidently defending the motherland, peace and tranquility of our people, and have a sense of patriotism, loyalty and dedication.
Everyone who lives in our sacred land, regardless of their nationality, religion and beliefs, should be proud of our achievements.
Happy Holidays, dear defenders of the Motherland!